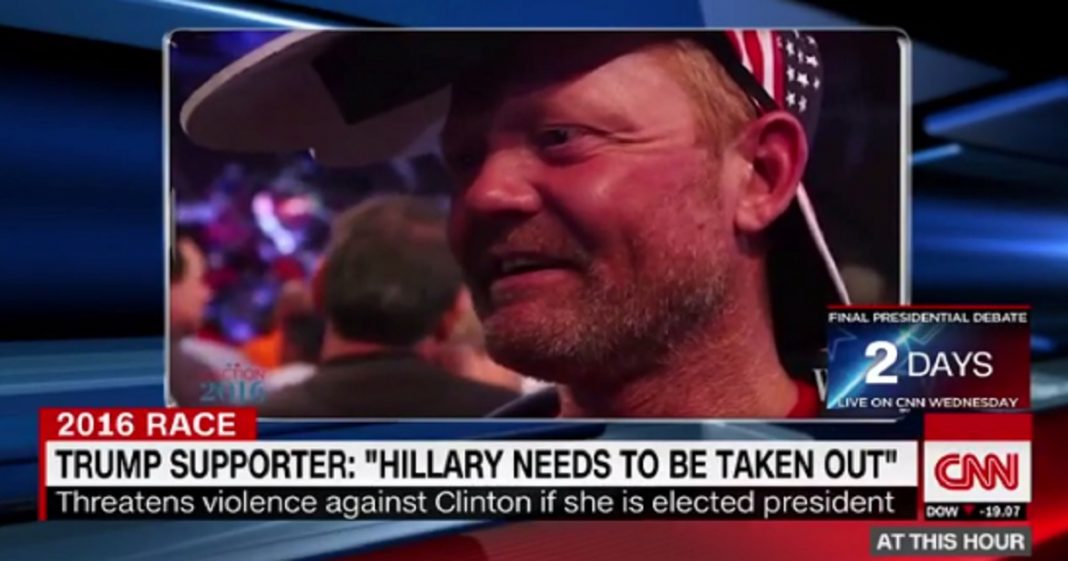 Who would be stupid enough to threaten a presidential candidate live on air?

A self-declared Trump supporter told a CNN reporter over the weekend that he was prepared to assassinate Clinton if she is elected president, a startling crime to admit on corporate news.

When you combine a low IQ, misinformation, and a record level of mistrust of government, you get people like this man who declared that he would “be a patriot” and “take Clinton out.”

The reporter replied, “that sounds like a physical threat, is it?” to which the man replies with a smile, “I dunno, is it?”

This is really nothing new. Those who remember 2008 will remember that amid the “hope” and “change” in the historical moment were legitimate fears that the most despicable and backwards among us might manage to bring an end to Obama’s term far earlier than intended.

The difference between then and now is that you were a lot less likely to hear would-be assassins boldly brag about their intentions on national news because they knew that at the root of their desire was a major crime.

This man is proud of the possibility of killing another human being, and that is the sick root of the Trump campaign.

We hope that this man was arrested, or at least that he is now on an intense FBI watch-list. We also mourn for the Secret Service agents who must risk their lives in order to protect elected officials from insane men like this one.

A Trump disciple tells a reporter that “Hillary needs to be taken out.” Says, “If I have to be a patriot, I will.” https://t.co/WGr3peXt7x