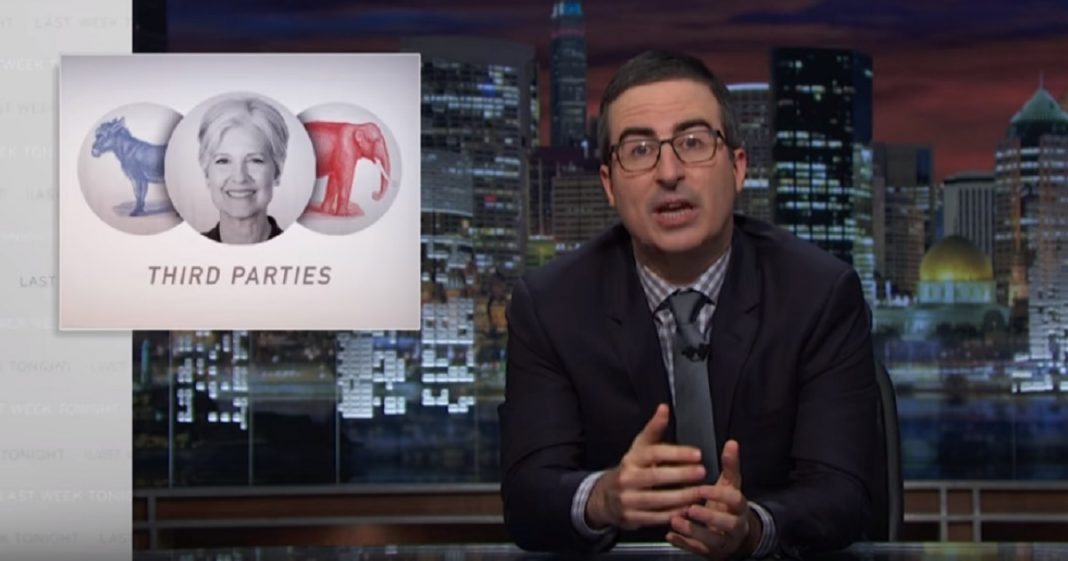 If you’re a big Jill Stein or Gary Johnson fan, you may not like what John Oliver has to say about your third party choices, but that doesn’t mean that he’s wrong.

During Sunday’s “Last Week Tonight,” Oliver compared the choice of Stein or Johnson over Clinton or Trump as choosing to eat from the dumpster outside of a KFC/Taco Bell.

“This disenchantment may explain the high interest in America’s third parties, because when your two main options are depressing, any third choice seems good. If you’re in a KFC/Taco Bell and you see a bunch of pigeons eating something in the parking lot, you might well think, ‘Hang on, what have they got over there?’”

Now, remembering that Oliver is going for laughs first, he then gets into the nitty gritty of why he feels Stein and Johnson are so inferior as presidential choices.

Oliver attacked Stein on her policies including her free tuition proposal, as well as her shaky beliefs on BREXIT, vaccinations, and her call for an investigation into the “truth” of 9/11.

And Johnson, while he has managed to poll far better than Stein, has given us misstep after misstep.

“The more you look at Gary Johnson and Jill Stein, the more you realize the lack of coverage they complain about so much might have genuinely benefited them, because their key proposals crumble under the slightest amount of scrutiny.”