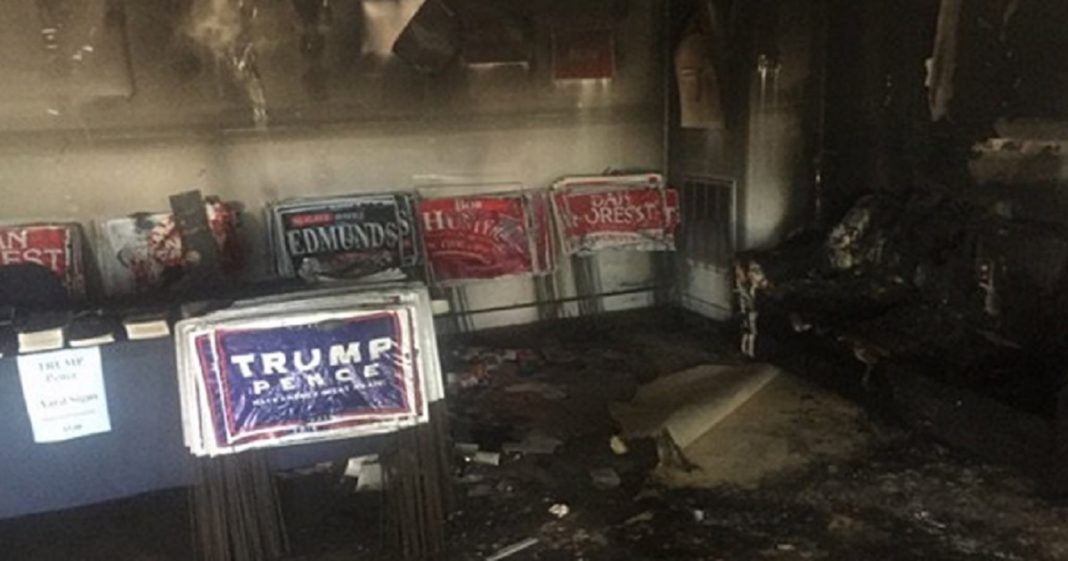 When the news broke on Sunday that a GOP office in North Carolina had been firebombed and graffiti’d, many rushed on both sides of the aisle to point fingers and suggest motives.

But while some argued and blamed, some Democrats were busy trying to make things right by donating their own hard-earned money to the political office.

Massachusetts Democrat David Weinberger set up a GoFundMe campaign after hearing about the attack on the GOP office. In just 40 minutes, donations exceeded his goal of $10,000 and they continued to pour in.

In the fundraising page, Weinberger explained why he had set up the fund for his political opponents.

“Until an investigation is undertaken, we cannot know who did this or why. No matter the result, this is not how Americans resolve their differences. We talk, we argue, sometimes we march, and most of all we vote. We do not resort to violence by individuals or by mobs.”

Indeed, that is the line many have taken today. Despite the especially egregious actions of North Carolina Republicans as of late (McCrory and his anti-trans law), any act of political violence, be it against an enemy or ally, must be strongly condemned.