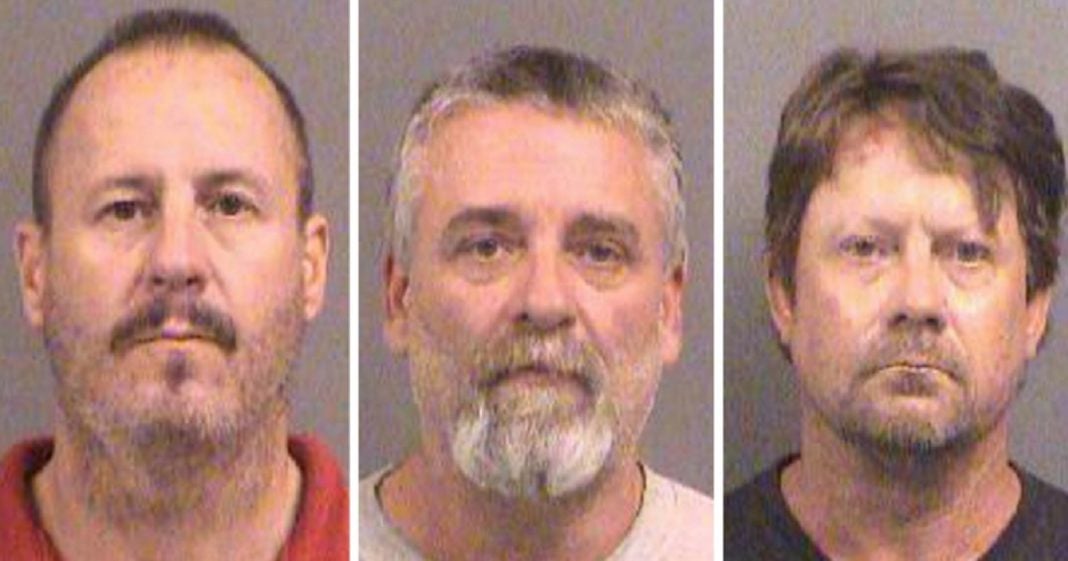 Three white men were arrested on Friday in Garden City, Kansas over a planned bombing of a nearby mosque.

Though most headlines and articles have referred to the men as “miltia men,” it is clear that what they were plotting was domestic terrorism and therefore, they are would-be terrorists.

The discovery of the men’s plot is the result of a months-long investigation by the FBI that began in February.

The three men, Curtis Allen, Gavin Wright, and Patrick Eugene Stein are all in their late 40s and were a part of a vigilante group called the Crusaders. The group was observed using anti-Muslim language including referring to hijab-wearing women as “fucking raghead bitches.”

The FBI monitored phone conversations between the men, including one in which they declared that “the only good Muslim is a dead Muslim.”

The group’s insulting language grew dangerous when they began obtaining materials to build explosive devices. The men were reportedly planning their attack for the day after the election, allegedly because they didn’t want to affect the outcome of the race.

Allen’s girlfriend contacted police this week on a domestic battery charge and it was then that she showed the mens’ stash to police. The men were then arrested and charged with conspiracy to use a weapon of mass destruction, a serious charge.