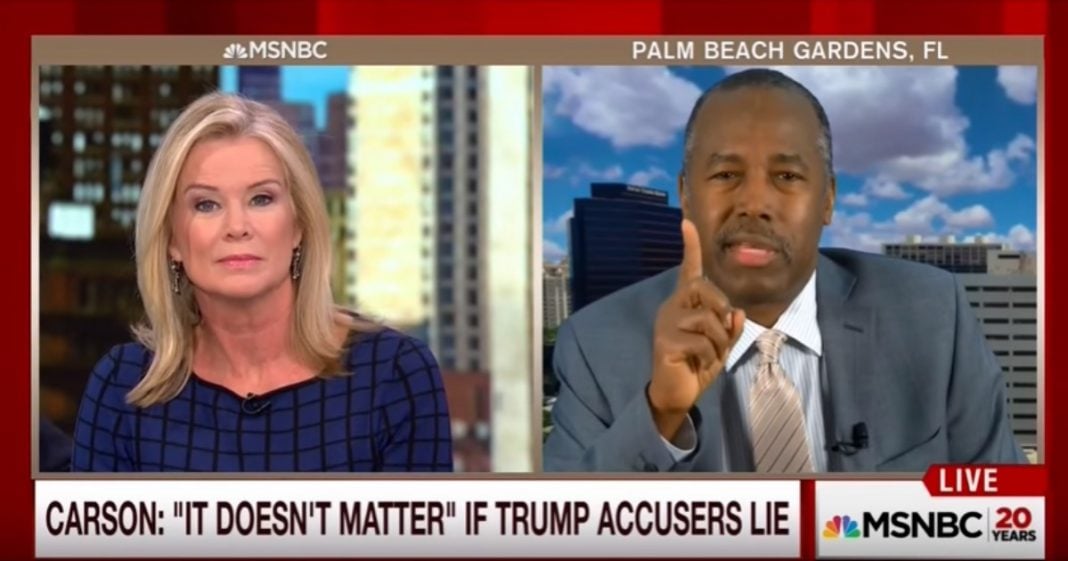 We are used to seeing a more sleepy, subdued version of Dr. Ben Carson, but on Friday Morning, “Morning Joe” got more than they bargained for when a clearly agitated Carson fought with, talked over, and even asked that a fellow pundit’s mic be turned off for daring to push him for an answer.

Things quickly got out of hand in the multi-pundit set-up, with Carson snapping at anyone and everyone. He appeared to save the worst of his vitriol for British Journalist and lead anchor of BBC World News America Katty Kay.

While Kay pressed Carson (very calmly, I may add) to explain how he could call all Trump accusers “liars,” Carson repeatedly shouted over the woman and then asked for her mic to be turned off.

The rest of the pundits in the room quickly became outraged by Carson’s request and all said “No.” Though Carson tried to play off the call for censorship with a sleepy smile, it was clear that he wasn’t really joking.

Just to further illustrate that point, just moments later, Carson again called for the silencing of Kay, asking “Do you guys have a plug, please?”

It appears that Trump’s misogyny has rubbed off completely onto Dr. Carson, making him a violent, anti-woman disgrace.