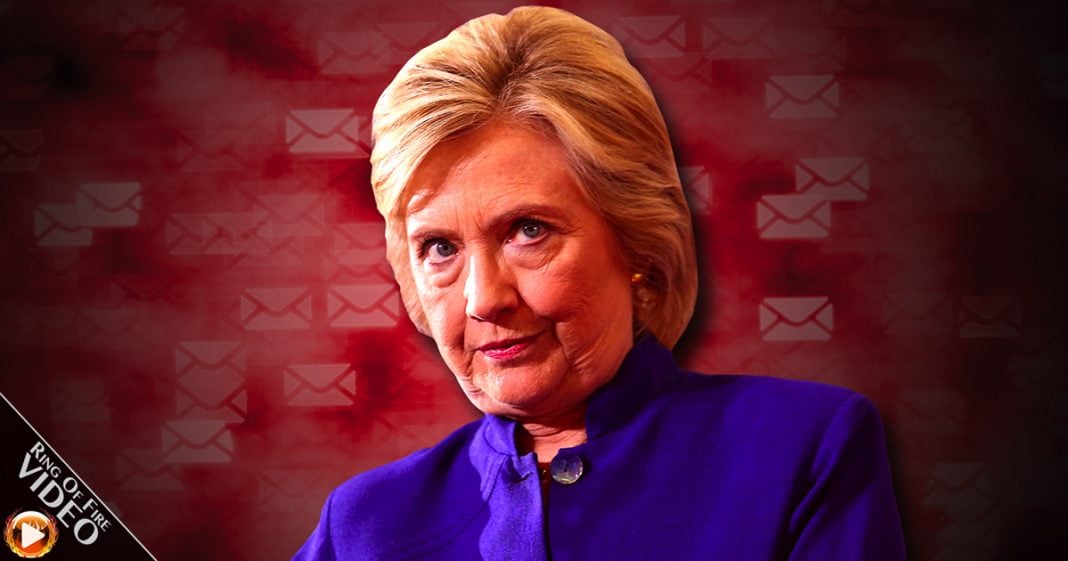 If Hillary Clinton weren’t running against Donald Trump, she’d be getting trounced in the polls. But that doesn’t mean that she won’t be facing tough opposition in the future, and these email releases are going to sink her 2020 reelection campaign. The Ring of Fire’s Farron Cousins discusses this.

Hillary Clinton is the luckiest human being on planet Earth right now. Think about this. If she were running against anyone else, it doesn’t even matter who they are, she would be losing. These recent WikiLeaks emails that have come out from John Podesta show a very clear pattern of cronyism, hawkishness, and a overall bully mentality when it comes to foreign policy on behalf of Hillary Clinton and the people that she wants to put in power in Washington, D.C. If she were not running against a potential rapist, she’d be losing big time right now. It wouldn’t matter if her opponent was Ted Cruz or Louie Gohmert or Sarah Palin. Hillary Clinton would not be winning this election. We have seen a very clear pattern of corruption with Hillary Clinton as a result of these emails. It’s not just the Podestas. It does go back to the DNC email leak earlier this summer.

But again, how lucky could she be? How lucky is she that these email revelations came out on the same day as Trump’s “grab ’em by the P” comment? How lucky is that? Wow. Because for every horrible thing Hillary Clinton does or gets exposed for doing, Donald Trump turns around and gets exposed for doing something ten times worse. This election sadly is a lesser of two evils election, and yes, Hillary Clinton is the lesser of those two evils. There is absolutely no comparison between the two. It is an absolute farce to say that they’re just as bad as one another. They are not.

Having said that, let’s look ahead to 2020. What’s going to happen when Hillary Clinton is up for re-election … because she’s most likely going to win this year’s election … when she’s up for re-election in 2020 and goes against a Republican with a brain, a Republican that doesn’t have a history of being a jackass to every human being he’s every met. She’s going to get clobbered. There is no way around that. These Podesta emails, the WikiLeaks emails, everything is going to be a campaign issue in 2020 because Donald Trump was too damaged to make it a campaign issue this year. The Republicans are going to hammer on these emails for the next four years, and you know what’s going to happen? Nothing.

That’s what we’re going to see coming out of Washington, D.C., nothing, because the Democrats, the Democratic voters … and you have to take responsibility for what you did. You put up the weakest possible candidate. That’s going to cost us in the long run. You’re only looking at short-term gains, and that’s not what politics is. Politics is forever, and you weren’t looking far enough ahead. We’ll win this year, absolutely we’ll win. Be prepared for many, many years of losses as a result of that.