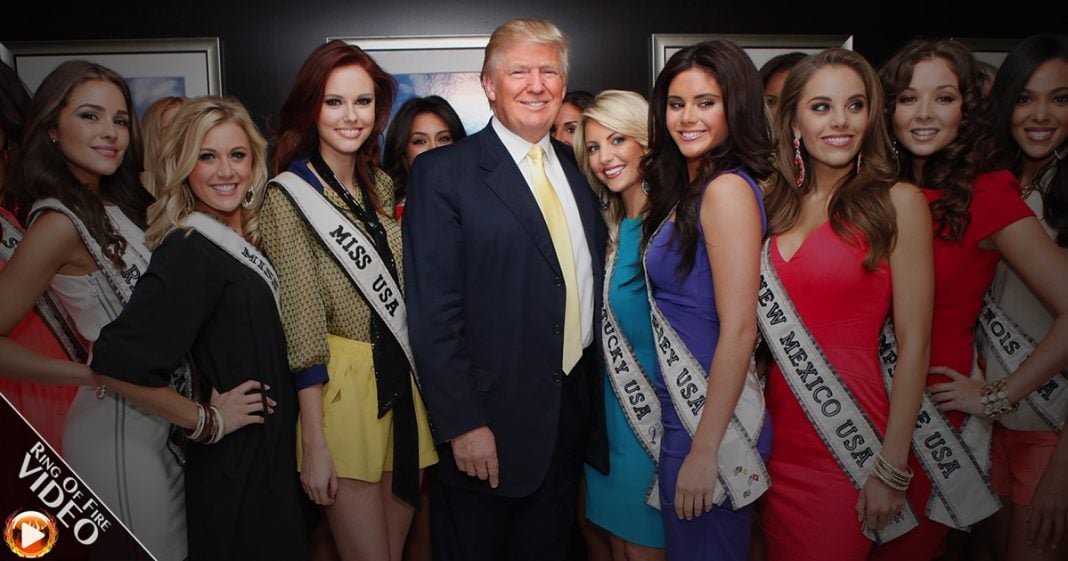 Nearly every day for the last week we’ve been hit with a new allegation of sexual misconduct or gross indecency from Donald Trump. This is what happens when one political party spends years demonizing and degrading women. The Ring of Fire’s Farron Cousins discusses this.

During the 2012 election Mitt Romney ran into a lot of problems when confronted with the issue of women in his potential administration, and he told everybody, “Look, don’t worry. I have binders full of women.” Well, that comment, that “binders full of women” absolutely turned female voters off of Mitt Romney. That is a huge portion of the population and they overwhelmingly went to Barack Obama in that election. That was also kind of the culmination of the GOP’s war on women. You know the birth control issues, equal pay, paid family leave, things like that Republicans firmly against it. Today, after recognizing their problems 4 years ago, in their autopsy report they said, “We have a problem with women.” Instead of addressing the problem what did the Republican party do? They elected the most sexist candidate possible, and not just sexist, because we are way past that. We are talking about sexual predatory type behavior from Donald Trump.

It seems like every day we’re getting some kind of new allegations against Donald Trump. Whether it’s his joking about dating a 10 year old in 10 years, walking into the Miss Universe pageants to see contestants fully naked, and just standing there watching them getting dressed. Or the allegations of inappropriate groping and kissing of women who did not welcome those advances. That is sexual assault, and that’s what’s happened now with the GOP’s war on women. It went from just a couple of policy positions to literally abusing women. That is what the Republican party of today represents by electing Donald Trump. I know a lot of people out there think, “Well, the establishment didn’t elect him.” That’s true, but that is what the Republican voters want. That is what Republican voters think is okay.

There is a very serious disease in America today, and it is conservatism. Because conservatism wants to hold people down, whether it’s women, Hispanics, black people, gay people, they want to hold people down in order to elevate white men. That’s a disease. That’s a problem. That’s not acceptable. I mean, we should be way past all these issues and yet we’re still having to fight for basic civil rights in the United States. That’s pathetic. How can we call ourselves an advanced society when we do not guarantee or grant equal to rights to all US citizens? If you happen to have a different sexual preference than a republican you’ve lost some rights. If you happen to have different genitalia than Paul Ryan or Donald Trump, you don’t have the same kind of rights. If your skin is darker than the typical Republican’s, you’ve lost some rights. Again, not acceptable.

Donald Trump is the culmination of that, because there’s no longer any kind of question, there’s no vagueness, there’s no subtlety, it is all out war on women right now that’s taking place at the top of the Republican ticket. I don’t want to advocate anyone to vote for Hillary Clinton but I think everyone has to vote against Donald Trump. We have to make sure that this lunatic, this psycho, this sexual predator does not make it into the White House by any means necessary. Get out there and vote, and make sure that your vote goes against Donald Trump, and for something that matters. It may not be the best choice but unfortunately at this point it is our only choice.