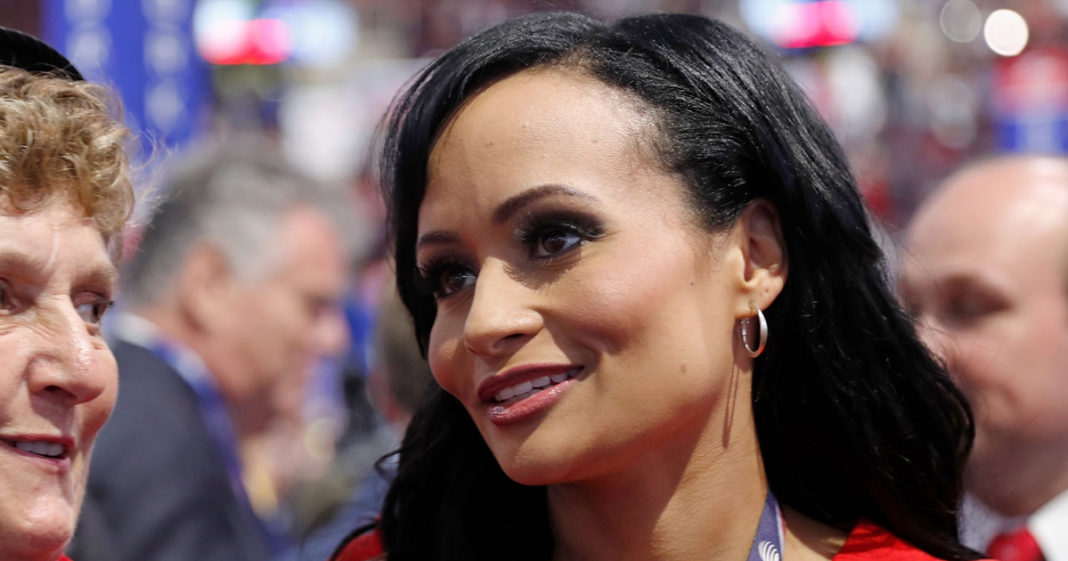 In this Majority Report clip, Katrina Pierson appears on a CNN panel led by Don Lemon. Lemon asks Pierson if she believes the woman who has accused Donald Trump of groping her on a flight in the ’80s. Lemon manages to reel in Pierson’s characteristic deflection, but she has a trick up her sleeve—an intimate knowledge of all commercial aircraft that Trump could have been flying on at the time the allegations reference and the fact that their armrests were FIXED, OKAY!!!! One has to wonder, though, if this is such a great defense, why did she try to pivot 10 times before using it?