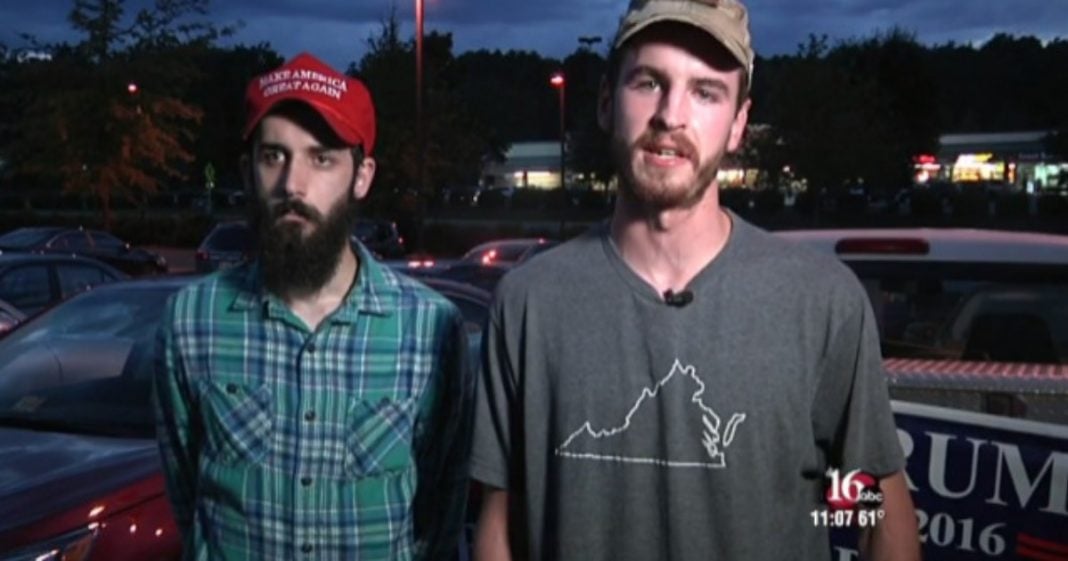 Choosing to express themselves in the most intimidating way possible, two so-called protesters lurked quietly outside of a Virginia Democratic Congressional candidate’s office in a public display of support for Donald Trump.

“I’m just trying to provide a voice for someone who might be closet supporters of Trump. Other people that are a little worried to speak out because of possible persecution.”

It appears that Park and his companion broke no laws in their demonstration, but Dittmar told reporters that she felt intimidated by their presence.

“He turned sideways to be sure that we would see that he has an open carry gun, which is legal, it’s fine, but it’s intimidating. If he wants to support his candidate that’s fine, but don’t come here and stare into the office all day.”

The protesters said that they weren’t intending to threaten anyone, saying that it was ignorant to fear them.

The men’s reasoning for their intimidating presence is a bit baffling – at this point, who is really a ‘closeted’ Trump supporter? In this current climate, it seems no Trump devotee is afraid to show their bigoted love, and parading around with a weapon only works to confirm others’ beliefs about the kind of person who would back the candidate.

You can read more about this story at Talking Points Memo.