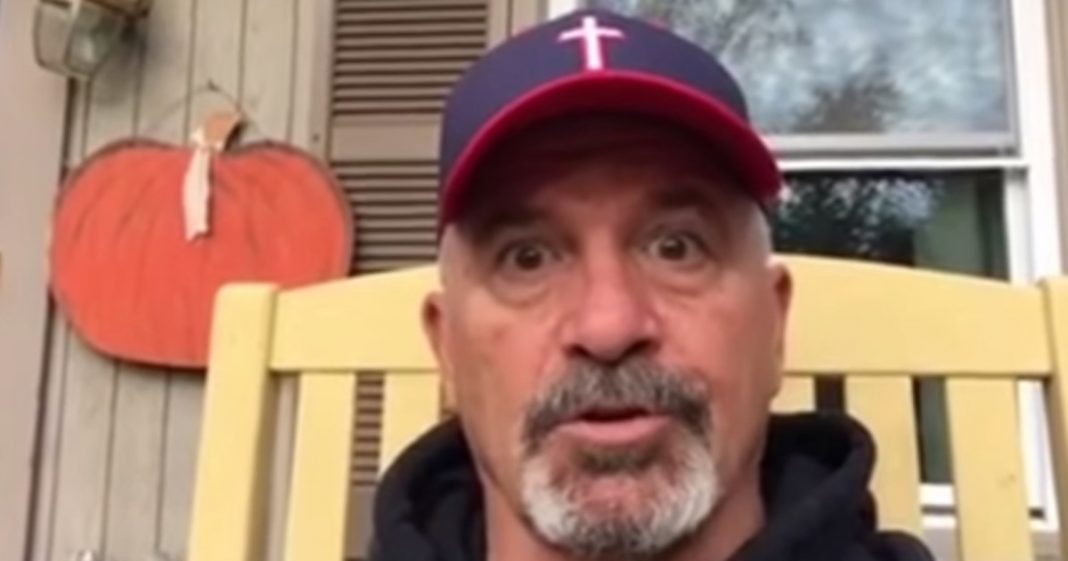 Dave Daubenmire is one of those right-wing nuthouses whose online career was launched when he made headlines doing something stupid and illegal. As a high school football coach, Daubenmire flaunted the U.S. constitution by continuing to lead a prayer on the field, long after he was ordered to stop. He was fired, and an internet shock jock was born.

Now, Daubenmire spends his time making low-budget YouTube videos where he rallies the conservative nuts like himself into hating Black Lives Matter, clinging to his guns, and of course, pretending that the Bible is the only document that sets the rules of the world.

Daubenmire recently posted a video in defense of his support for Trump. Like many other Republicans who have elected to go down with the Trump ship, Daubenmire reached for whatever insane means necessary to help justify his decision. Ultimately, the right-winger decided that we shouldn’t be focusing on Trump’s immorality and “sin” at all because we should have recognized long ago that having a female president goes against the bible!

The man acknowledged that he knew his comments would turn many against him, but maintained that as the bible said, women are not to rule over men. Of course there is no need to mention to this enlightened man that the bible also instructed sinners to be stoned to death, or a host of other pretty horrific things that the Christian script holds. No, we won’t try to explain because it would be a massive waste of breath. S

The sad thing is, Daubenmire isn’t the only one who believes this mess. We can be in 2016, with the highest level of acceptance and tolerance in human history, and we will still have regressive neanderthals like this guy spreading his unique brand of hate.