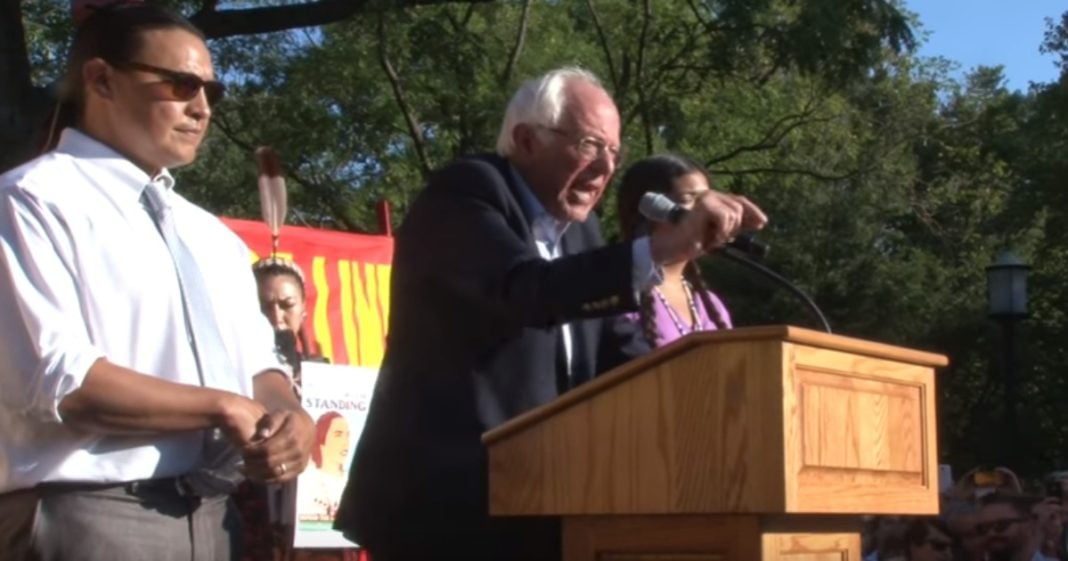 Senator Bernie Sander has joined with four other Senators in order to call on President Obama to bring a halt to the construction of the Dakota Access Pipeline so that a full environmental and cultural review can be completed.

Sanders, Patrick Leahy (D-Vt.), Dianne Feinstein (D-Calif.), Ben Cardin (D-Md.) and Ed Markey (D-Mass.) all signed the letter which called for the revoking of all permits and easements until the proper investigations can be made.

“If there is one profound lesson that indigenous people have taught us, it is that all of us as human beings are part of nature. We will not survive if we continue to destroy nature.”

This request echoes those made in recent weeks, though previous efforts have been overturned by local courts or ignored by the construction company altogether.

The protests at the site of the proposed pipeline have continued for months as Native Americans and activist allies join together to try and stop what they view as an attack both on the environment, and on their history and culture.

The Department of Justice had already requested that the company, Energy Transfer Partners, halt construction for environmental and cultural reviews, but the company refused. Activists celebrated when a federal circuit court ordered an emergency halt on the construction, but that, too, was shortly revoked.

This is not the first time Sanders has stood up for the No DAPL protest, and last month, he joined a protest on the White House lawn to address the subject.