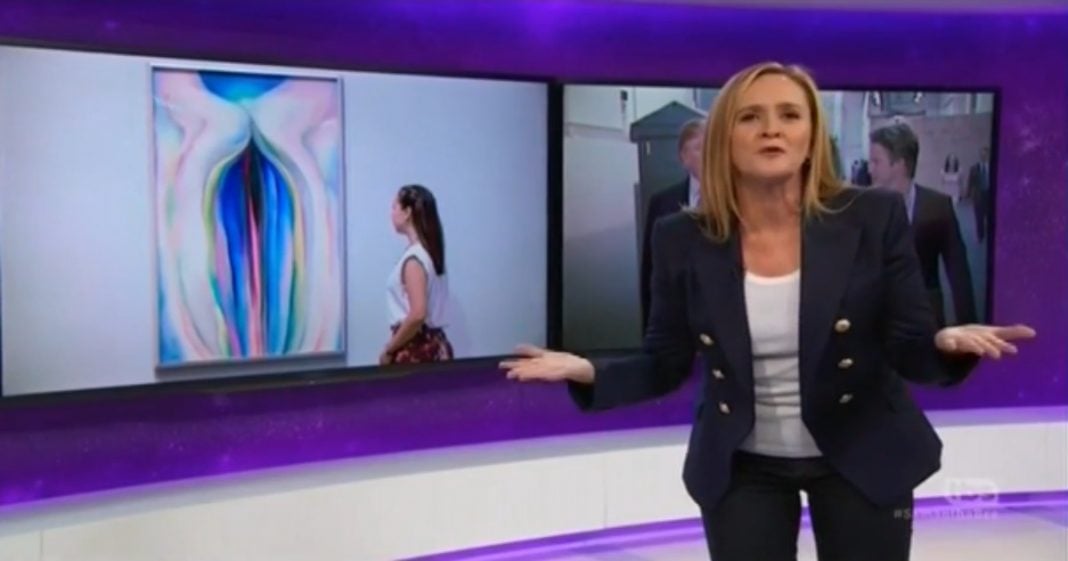 We know you caught Samantha Bee’s online exclusive clip where she mocked the Trump hot mic leaks with a hilarious parody of her own, but you may have missed Monday’s episode of “Full Frontal” where she dismantled Trump’s non-apology with surgeon-like accuracy.

Bee described the very real audio clip of Trump to a “hostile work environment training module” – it was that on the nose and hokey.

Bee then brought up something so many other women have in the aftermath of this scandal: men may be shocked at Trump’s language, but so many women have seen firsthand the vitriol and violence men like Trump are capable of.

“And we know this maybe  shocking for most normal men. But every woman I know has had some entitled testosterone monster grab her like a human bowling ball.”

Bee then launched into a literal vagina monologue, and it was glorious.