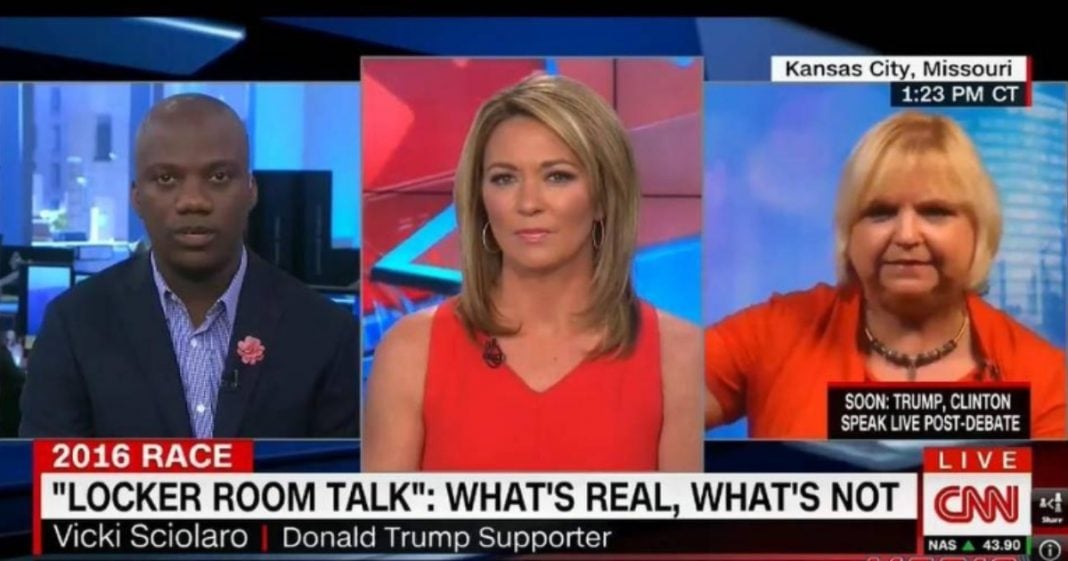 Right-wing conservatives love to intertwine their politics and religious beliefs as tightly as possible, but Donald Trump’s candidacy has worked to tear those two apart, forcing those who still support him to pretend that his failure to resemble anything close to piety means nothing to them at all.

Now that Trump has been caught on tape bragging about sexually assaulting women, all of his other rude speaking has been revealed for what it is – the dangerous rhetoric of a man who respects no one and takes what he believes he is entitled to.

But those who still support him have managed to dismiss these recent revelations, arguing that its nothing they haven’t heard before, and suggesting that his stances on policy is the only thing that matters at this point.

That’s pretty rich coming from a party who drove outrageous conspiracy theories about how Obama was unfit to lead because they alleged that he was Muslim, or have lost their damn minds over the fact that Clinton is married to a man who committed adultery.

Just this week, a Trump surrogate argued that it didn’t matter what Trump said because he’s not running for the papacy, after all! Vicki Sciolaro, chairwoman of the 3rd Congressional District for the Kansas Republican Party said:

“But here’s the thing, he’s not running to be the pope!”

“Hillary Clinton doesn’t care about murdering babies, dismembering abortions, that’s OK with her. God can use anybody. He used the harlots. And that’s the thing, it’s all about what God can do. God can do this. God can use this man.”

The wild twisting that Trump supporters are doing in order to justify their candidates’ behavior would be hilarious if it weren’t so dangerous.