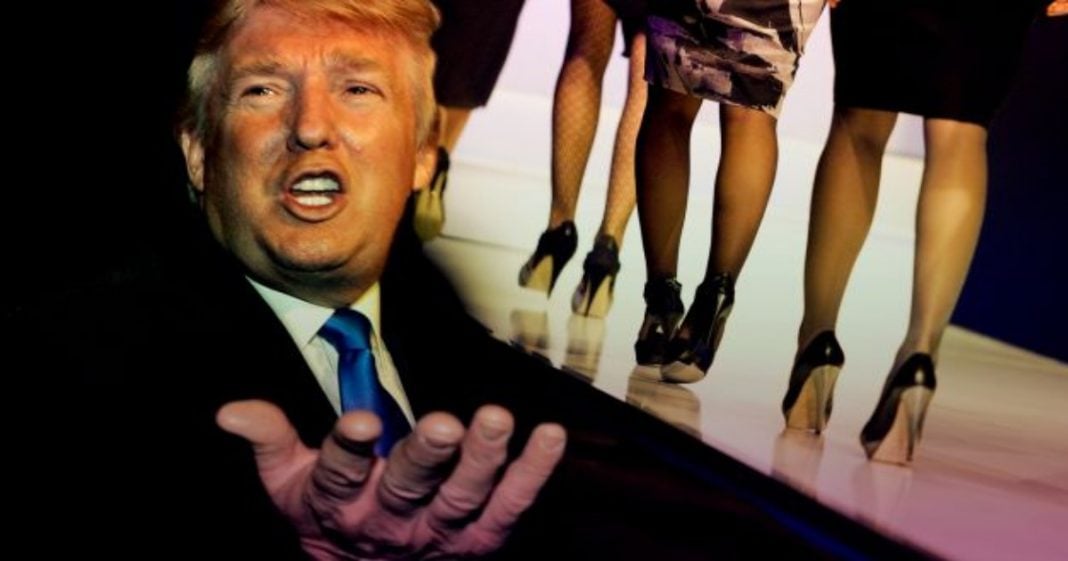 Now that Donald Trump’s secret comments on how he enjoys sexually assaulting women have become public – and big news – it appears that all of Trump’s past crimes are fair game. As is often the case, when a lecherous man is exposed for his crimes against women, other victims are empowered to step forward and share their story.

In this case, those victims are women who were once under the controlling gaze of Mr. Trump as they competed in his teen beauty contest Miss Teen USA in the late ’90s.

The first to speak out was former Miss Vermont Teen USA who said that when she was competing in 1997, Trump used to traipse through the teens’ dressing room backstage, joking that they need not worry about covering their underage, nude bodies, because he had seen it all before.

All told, four women who competed in that competition in ’97 have spoken out, though three asked to remain anonymous in order to avoid the Trump-motivated vitriol no doubt directed their way.

The four women said that Trump had entered the backstage dressing room area where some of the young women were in a state of undress. Two of the women who spoke out said that they themselves were undressed when the man entered the area, and rushed to cover themselves. One said that she was shocked and that Trump’s intrusion was “creepy.”

Several other contestants from the year said that they did not recall seeing Trump in the dressing room. Some said that they might have just missed him, while several others rejected the possibility outright, citing chaperones and security.

Trump has since bragged about his ability to invade the dressing rooms of his beauty pageant contestants, remarking that it was one of the perks of running the show.

“I’m allowed to go in, because I’m the owner of the pageant and therefore I’m inspecting it. … ‘Is everyone OK?’ You know, they’re standing there with no clothes. ‘Is everybody OK?’ And you see these incredible looking women, and so I sort of get away with things like that.”

Knowing this, as well as knowing the sort of creepy comments he has made about his own daughter, alongside the testimony of four women, it’s not hard to believe that Trump might extend his voyeuristic ways to the underage competition.

You can read more about this story at Buzzfeed News.