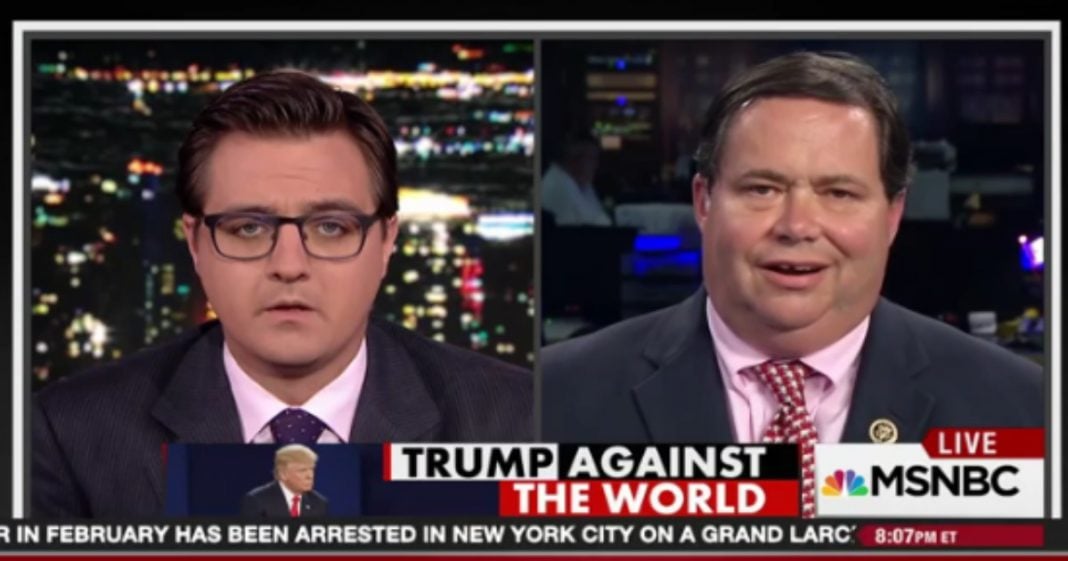 Well you know how politics are these days! You say you might still support the nominee if he’s a big fat rapist, and people get all outraged! When Donald Trump is president, all this ‘politically correct’ B.S. is gonna be outta here – there will be “locker room talk” from sea to shining sea. Hallelujah, amen!

That’s what we imagine is the rationale for the sort of pig-headed idiots who still support Trump after his offensive, rape-culture-promoting speech from last week.

Think we’re being a bit too harsh? Then meet Texas Congressman Blake Farenthold. Farenthold appeared on MSNBC’s All In with Chris Hayes when the conversation turned to a dark topic. As Farenthold attempted to defend Trump’s abhorrent language, Hayes asked him what should have been a laughably easy question to answer:

“If a tape came out with Donald Trump saying ‘I really like to rape women,’ you would continue to endorse him?”

The comically-dressed, dead-eyed man stared in silence for a moment, trying to think of what the right answer to that question could be. Then he completely missed the mark.

There you go, folks. The only rationalization that current Trump supporters can offer is the equivalent of sticking their fingers in their ears and humming a tune. They are completely detached from reality, and it would be terribly sad if it weren’t so damned terrifying.

TEXANS: One of your reps, @farenthold, isn’t sure he’d revoke support for Trump if he said “I like raping women.” https://t.co/BF3Au33wgn