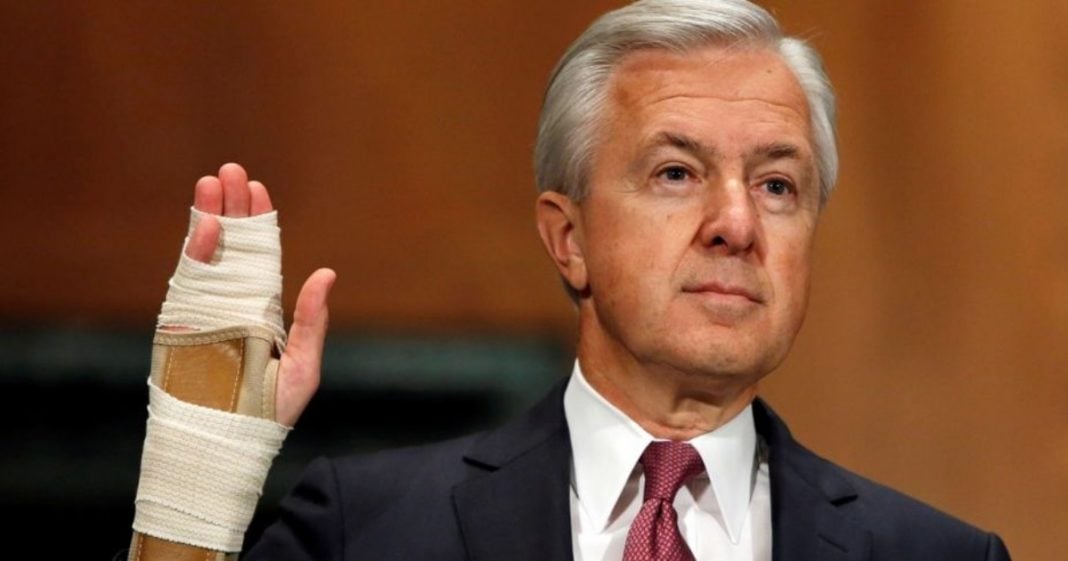 It looks like a bit of dogged inquiry and federal investigations have finally offered too much of an obstacle to Wells Fargo CEO and Chairman John Stumpf. On Wednesday afternoon, it was announced that he would retire from his position and be replaced by current president Tim Sloan.

Since the Wells Fargo fraud scandal broke last month, Stumpf has had to appear before both the Senate and the House investigative committees, fielding questions from the likes of progressive bulldog Senator Elizabeth Warren and answer for why over 5,000 of his employees could defraud millions of customers under his nose.

Though initial stories sought to place blame on the individual employees, it was clear that thousands of low-level workers had not chosen to act criminally on their own. Upon closer investigation, it was decided that predatory, high-pressure job requirements and a permissive work environment had bred the widespread fraud.

Stumpf has made small steps toward trying to amend for his businesses crimes, electing last week to give up a significant portion of his bonus and stock payouts in order to try and calm the masses – apparently that wasn’t enough.

As pressure and bad press continued, aimed at what was once the most popular bank in the nation, it apparently became too much and Stumpf was either forced – or elected – to step down.

Now, we know there is much more work that must be done in this situation, and Wells Fargo may never recover the reputation it once enjoyed, but we now owe a debt of gratitude to the Consumer Protection Financial Bureau who first broke this story. Firing a CEO and Chairman is a significant admittance of guilt, and though no one will likely be arrested despite the millions injured in this fraud, this is a significant step forward.