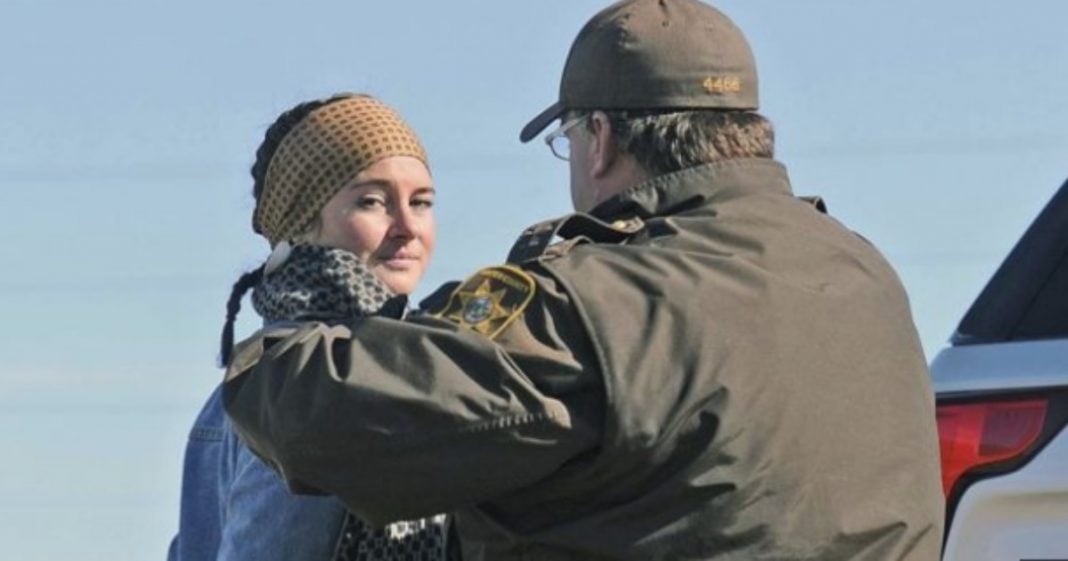 Though President Obama ordered a short stay on the developing Dakota Access Pipeline as a result of wide-spread protest, the protests continue to put a permanent halt on the environmental disaster.

Though many noted activists and celebrities have taken part in the protest, when actress Shailene Woodley did so over the weekend, she discovered that she had become a target by police and she was arrested along with 27 others for peacefully demonstrating.

Woodley was livestreaming the protest and caught her arrest on camera, telling her live audience that she was attempting to leave after officers told her to when she was grabbed and told she couldn’t continue.

These arrests will not deter the Native Americans and activists who are standing up against the pipeline. Until Obama puts an end to this destructive pipeline for good, the fight will continue.

Shailene Woodley was arrested while protesting against the Dakota Access Pipeline pic.twitter.com/Uw91Fo4tl6