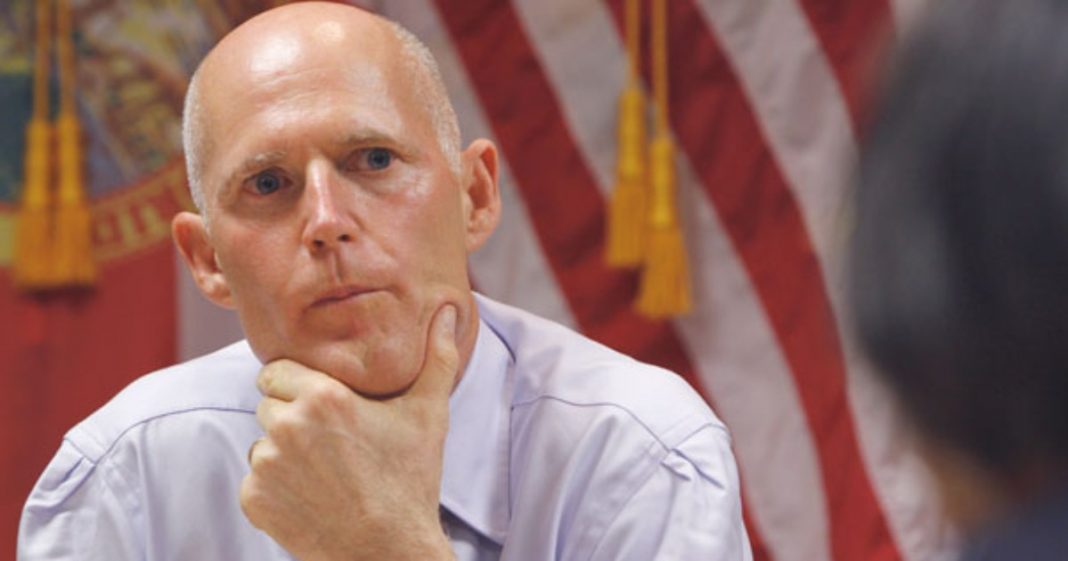 Much to Republican governor Rick Scott’s chagrin, Florida courts have overruled his decision not to extend the voter registration deadline and have offered Floridians an additional day to get their election affairs in order.

As the nation awaited for Hurricane Matthew to make landfall last Thursday, Clinton campaign manager Robby Mook officially called on Scott to extend the upcoming registration deadline so that those affected by the storm could be sure to have enough time.

Scott denied the request, indicating that he had more important things to worry about – though it seemed to us that if you could take the time to deny the request, it might have taken just as much time to grant it instead.

Either way, it was no real surprise that Scott turned down the call for an extension. It is right in party lines for a Republican to push against any intitiative which might make voting more convenient or inclusive. Considering that the storm was supposed to disproportionately affect predominately Democrat areas, it was all too convenient for Scott to say “sorry, but no.”

Nevertheless, Florida Democrats were not willing to accept Scott’s ruling and quickly sued the state. Less than a day later, U.S. District Court Judge Mark E. Walker handed down his ruling on the case, requiring the state to extend the deadline for one full business day.

While many argued that voters had more than enough time to get their documents updated and registered, Walker argued:

“These voters have already had their lives (and, quite possibly, their homes) turned up-side down by Hurricane Matthew. They deserve a break, especially one that is mandated by the United States Constitution. Ensuring that they can exercise their constitutional right to vote thus promotes the public interest.”

In every instance, in every state, we should be trying to make voting more inclusive and convenient, rather than chipping away at this important element of American freedom.