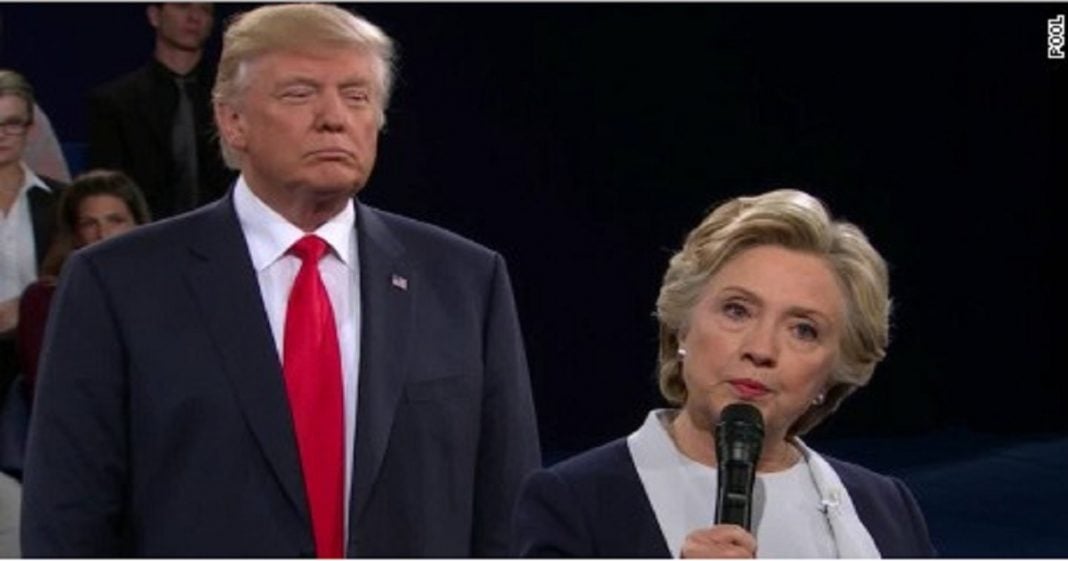 In a debate as eventful and shocking as last night’s was, it’s hard to believe that the biggest story of the night comes not from what a candidate said but rather how they acted.

Donald Trump clearly should have spent a bit more time going over debate prep with his team so that he might have known where to stand in order to not appear as the creepiest, clownest man in the room.

Instead, he paced behind Clinton as she answered questions and didn’t sit back in his designated seat for the entirety of the town hall. Trump appeared visibly frustrated when Clinton was allowed to answer a question first and whenever she did give an answer, he stood just a couple steps behind her, hulking over her shorter frame with the air of an impending assault.

any questions whether Trump understands what invading a woman's personal space means pic.twitter.com/HdhEYLAGm8

Not to be dramatic, but there was certainly an air of violence at last night’s debate – we all knew Trump had lost so much in the last 48 hours and that he was willing to do anything – truly anything – to control the narrative again. The way he paced the stage, swinging his arms and staring over Clinton’s shoulders didn’t work to quiet that air at all.

Interestingly, you can find evidence of Trump’s intimidating stance in nearly every photo and video from last night’s Town Hall. Wherever there is Clinton giving a substantive response to an undecided voter’s question, there was Trump, just waiting to give his answer.