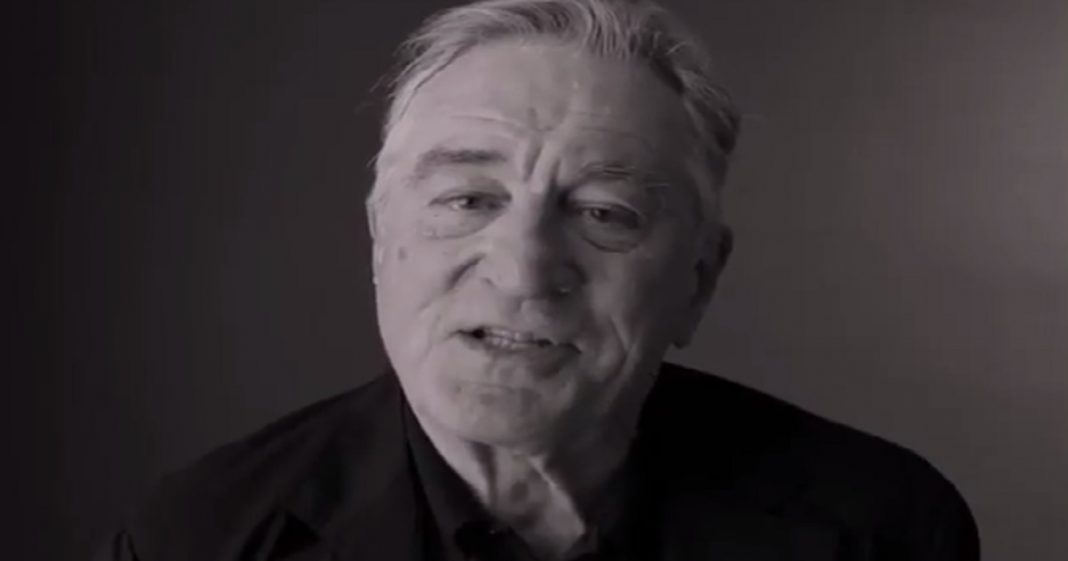 Happy weekend, happy reader! Would you like a quick political pick-me-up to help you slog through the “Trump sexual assault” and repeated quotations of the now-infamous phrase “grab her by the pussy”?

I have just the antidote for you.

Actor and resident tough-guy Robert DeNiro posted a video early this morning sharing his creative thoughts about Donald Trump in the wake of the candidate’s latest scandal. DeNiro’s insult list for the man is a mile long, and every inch of it is accurate.

DeNiro expressed how disappointed he was at a nation which could allow this man to get to where he is now.

“He says he wants to punch people in the face? Well, I’d like to punch him in the face. This is somebody that we want for president? I don’t think so.”

He then appealed to viewers to do the right thing and keep Donald Trump far way from the White House – and how could anyone disobey this man?

I WOKE UP TO A VIDEO OF THE LEGEND ROBERT DeNIRO SAYING HOW HE WANTS TO THROW THEM HANDS WITH DONALD TRUMP. ??? pic.twitter.com/AihXep7i7e