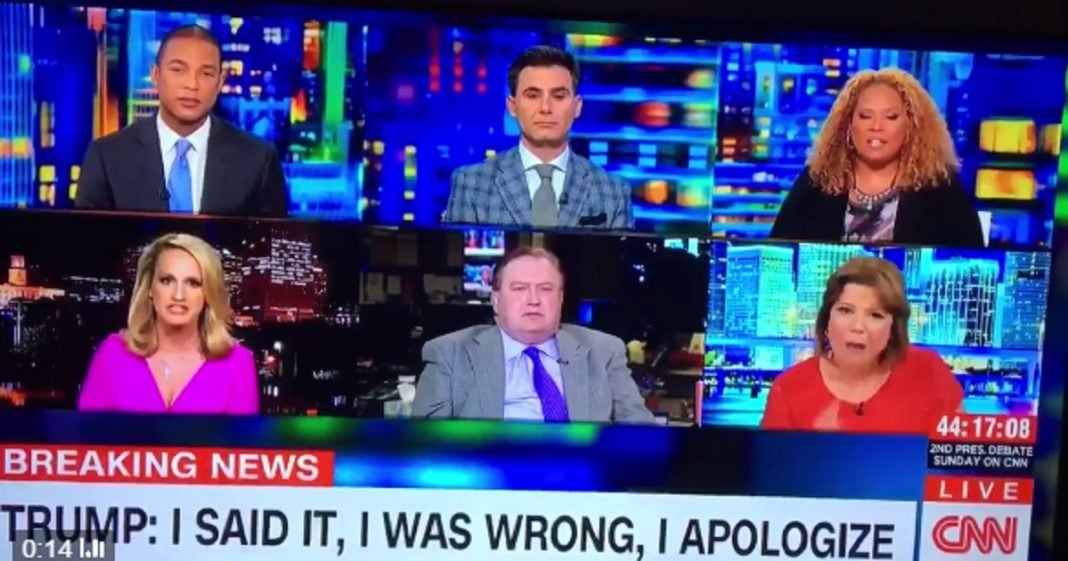 In the past few months, CNN commentator Ana Navarro has come out strongly against Donald Trump more than once, calling him out on his outrageous behavior even as his surrogates rush to his defense.

In the wake of the most recent Trump scandal which involved leaked audio from 2005 in which the man bragged about how he used his fame to sexually assault women, even the most ardent supporters of the man have struggled to defend his words and actions.

On Friday evening, Navarro was busy condemning Republicans who stand by him when she quoted the most infamous line from the audio when Trump bragged about how he can “grab [a woman] by the pussy.” As the words came out of Navarro’s mouth, always-loyal Trump surrogate Scottie Nell Hughes said,

“Can you please stop saying that word?”

Hughes claimed that her daughter would be watching this broadcast, and she didn’t want her to hear such vulgar language.

Appropriately, Navarro exploded with rage at that moment, asking Hughes how could she dare condemn the words from her mouth when she was busy defending the same words from Trump’s mouth.

“I’m not running for president. He is.”

Must see. @ananavarro explodes at Trump surrogate who admonishes her for saying the word "pussy," but is OK when Trump says it. pic.twitter.com/ffAsSYb9h5