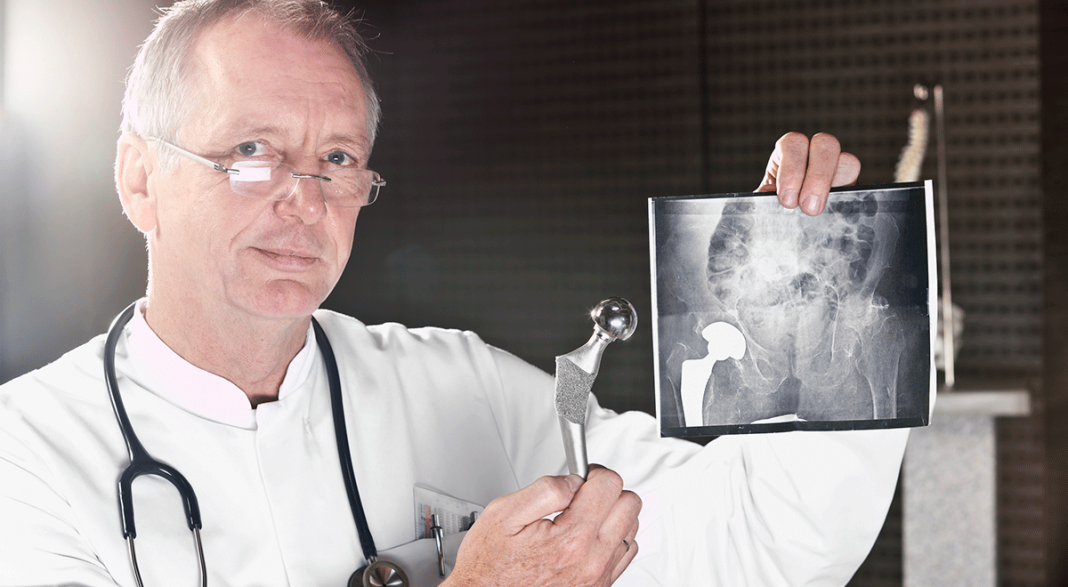 It’s a shame that the “three strikes, you’re out” laws don’t apply to “corporate people” who continue to injure and even kill people with impunity, because Stryker Medical is certainly one of many corporate repeat offenders.

First, it was the Accolade TMZF Plus Hip Stem, which was recalled in 2011 because of a problem due to employee error. This was followed in 2012 by the Rejuvenate and ABG II femoral stems, which were prone to failure and were responsible for a condition known as metallosis (metal poisoning of the bloodstream and tissues). Stryker settled lawsuits over those products this year for $1.4 billion. But it looks like Stryker’s criminal career isn’t over yet.

The latest defective product to come out of the medical device manufacturer is the LFIT (“Low Friction Ion Treatment”) Anatomic CoCr V40 femoral head. This is the part of the hip implant that replaces the patient’s own natural femoral head, which is the round protrusion that fits into the socket of the hip joint itself.

The entire device fits into the patient’s femoral (thigh) bone. The part that is actually inserted into the patient’s femur is the taper lock – and these have been corroding and fracturing at an alarming rate. When that happens, the patient not only loses the benefit of mobility. The consequences can be disastrous, and include metal poisoning and broken bones around the site – all of which can cause excruciating pain and require revision surgery.

This issue was recently brought to public attention by the Australian Therapeutic Good Association (Australia’s counterpart of the FDA). Since then, Stryker has issued a voluntary warning, and Health Canada has issued a recall.

How is it that these Stryker products even make it on to the market in the first place? After all, medical devices, like pharmaceutical drugs, are supposed to be approved only after extensive testing and review. Unfortunately, there is a loophole to this requirement – and it’s called the 510(k) Pre-approval process. This is a “shortcut” allowed by the FDA when a medical device manufacturer or drug company demonstrates that a “new” product is “substantially similar” to a product that has already been approved. Because of this loophole, hundreds of thousands of patients and their families have suffered needlessly.

Although the litigation is only in its very early stages, it is a good bet that discovery will reveal strong evidence that the executives and bean counters at Stryker’s Howmedica division were well aware of the risks inherent in its LFIT Anatomic CoCr V40 product. If this indeed turns out to be the case (as it most certainly will), it will be yet another demonstration of corporate greed and the willingness to risk a few lives and lawsuits for the sake of profit. It also demonstrates how such corporations are joined at the hip with the government agencies that are supposed to be working to protect and serve us.

As a third-time offender, Stryker should be put away for life. Unfortunately, the rules that apply to natural humans don’t apply to corporate “people.” Furthermore, even if Stryker does wind up paying out a few hundred million dollars in judgments and fines, thanks to our convoluted and rigged tax code, they will get to write it off as part of the cost of doing business.