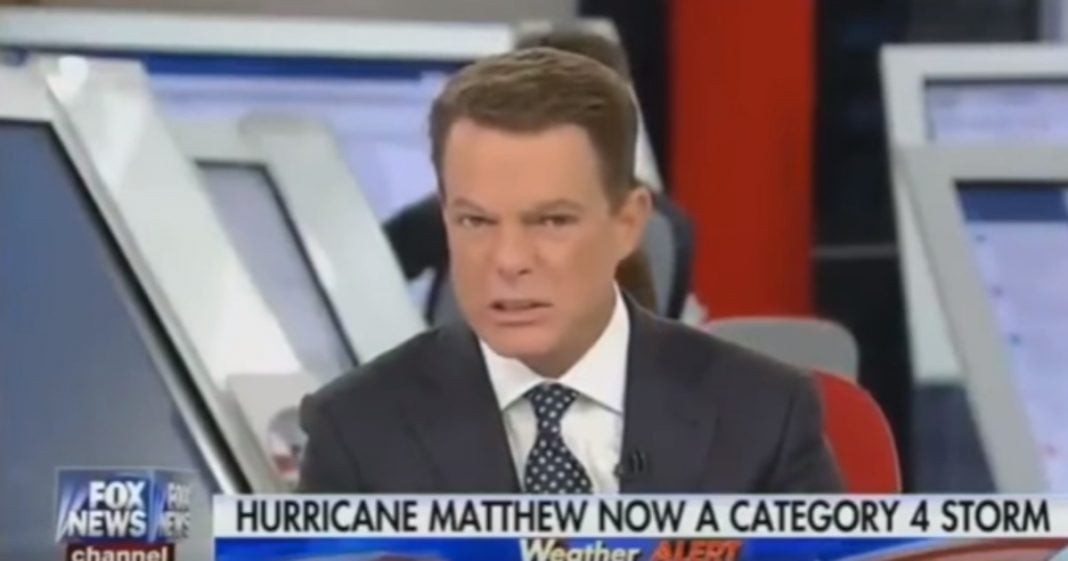 We aren’t in the habit of recommending that our progressive followers patronize the right-wing slop that is Fox News – it’s bad content, with bad people, and run by even worse people.

But the coverage by Shep Smith in the last two days concerning Hurricane Matthew has been really too hilarious to ignore.

This mash-up of Smith’s best moments from the past 48 hours was ingeniously constructed by the Washington Free Beacon. The short video shows Smith trying to reason with, scare, intimidate, and even insult individuals who are choosing to ride out the storm in Florida.

Like many others, Smith offers a bleak forecast of the monster storm, telling viewers who attempt to avoid evacuating that they, their families, and their children will likely perish.

Smith even talked to a woman who was committed to riding out the storm, outright calling her dumb and telling her to go “put water in your tub or wash your hair or something.”

But a couple of times, Smith hilariously lets it slip about why he seems to care so damn much – he’s got a wedding to attend. And if too many people die in the storm, Smith said, he won’t get to attend the wedding because Fox will send him down to Florida to cover the tragedy.

So Floridians, even if you won’t evacuate for yourselves, for your family, or for the emergency workers whose lives you may be putting on the line, dear God, please evacuate for elfen-faced Shephard Smith.