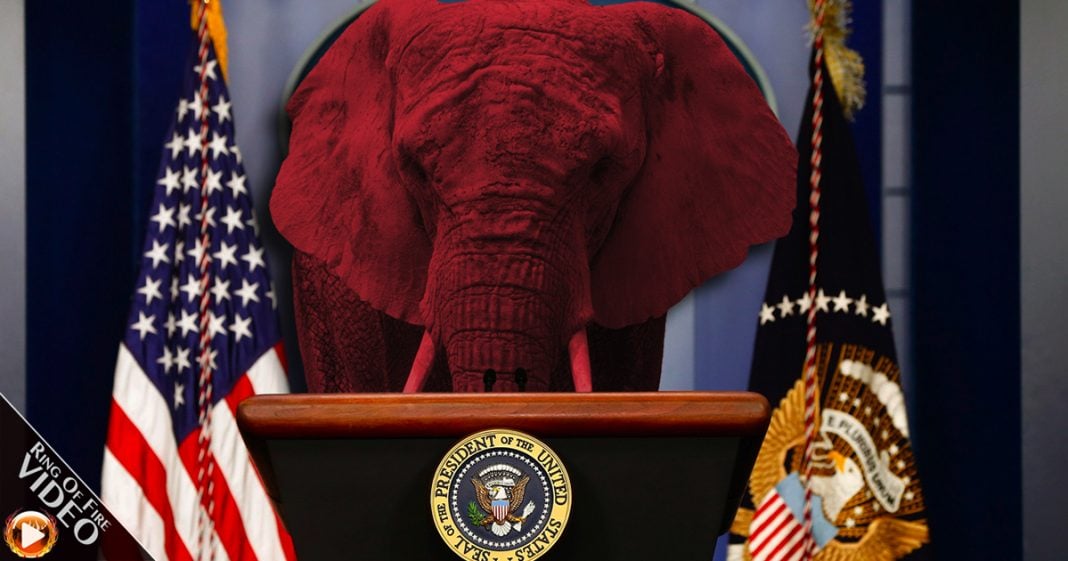 There are a lot of Republicans making unusual pitches to voters these days, many sounding like they could already be testing the waters for a presidential campaign. But this means that the next 4 years are going to be far more torturous than we thought. The Ring of Fire’s Farron Cousins discusses this.

The Republican Party clearly believes that they are going to lose the 2016 election. If you don’t believe me, look at what some of the, I guess you’d call them top Republican officials, are doing out there today. You have Paul Ryan, Mike Pence and even Tom Cotton who are clearly already running for President in the year 2020, meaning they not do believe that the Republicans are going to win in 2016. Paul Ryan has started this Better Way campaign where he does nothing but trash all of the things that the Obama administration has done, all of things that the Democrats do, and all the things that the Democrats have done for the last 80 years.

Mike Pence, in his debate performance earlier this week was clearly laying the groundwork for a 2020 campaign. Then you take a guy like Tom Cotton, who as you remember, is the guy who committed borderline treason by writing to Iranian officials telling them to reject the Iran Nuclear Agreement, who is planning a trip to Iowa in what many believe is laying the groundwork for his 2020 campaign. Now, none of these people would be able to run for President in 2020 or would have the guts to run for President in 2020 if Donald Trump is elected this year and then seeks re-election. They are already counting on Donald Trump losing, which actually isn’t a bad strategy.

Here is where the bad strategy comes in. In order to win in 2020, assuming Hillary Clinton wins in 2016, they’re going to have to be the most obstructionist Congress in history which is saying a lot because the current incarnation of Congress has already taken that title. That means that nothing in the next 4 years will change or get better because Republicans can’t let it get better. Now, that’s not to say that Hillary Clinton would even try. I mean, obviously she’s not going to do much about Wall Street, foreign policy is going to be very hawkish, but will probably make some social gains that Republicans, especially Mike Pence, will seek to reverse. That’s one of the biggest problems.

You’re going to have somebody running for President, Mike Pence or any other Republican like him that wants to strip away the rights of homosexuals, that wants to take away a woman’s right to choose. You have Tom Cotton who wants to start World War 3 as soon as tomorrow, and you have Paul Ryan who is squarely in the pocket of special interests and big business. Those people, along with a lot of other Republicans in office right now, are going to do everything possible to make sure that there are no gains for this country in the next 4 years. The only gains that we will see are those for corporations. It’s not just the obstruction.

Again, Hillary Clinton, a big supporter of Wall Street, has ruled in favor of business when she gets the opportunity, so it’s not all going to be Republican’s fault, but trust me. Any time any piece of good policy comes through, Republicans are going to kill it because they have to. That’s their campaign talking points for 2020. They’re going to get out there and tell us, “We stopped this extremist Democrat agenda even though that agenda is what corporations already want to begin with.” We’re going to start seeing a lot more of this, especially after November, if Donald Trump loses. Republicans are already laying the groundwork.

They’re already preparing to destroy our government because they can’t stand the thought of losing a fourth election in a row in 2020. I’ll tell you, based on how horrible this campaign season has been, Republicans already have the advantage heading into 2020 because they see their mistakes, they understand them and they have 4 years to correct them before the next election, and that is going to give them an advantage. They’re going to reach out to the base. They’re going to reach back out to the evangelicals and it’s going to be a completely different landscape in 2020. Republicans know this. They’re preparing for it. The Democrats, they’re probably in for a good beating in the 2020 elections because Republicans have already started.