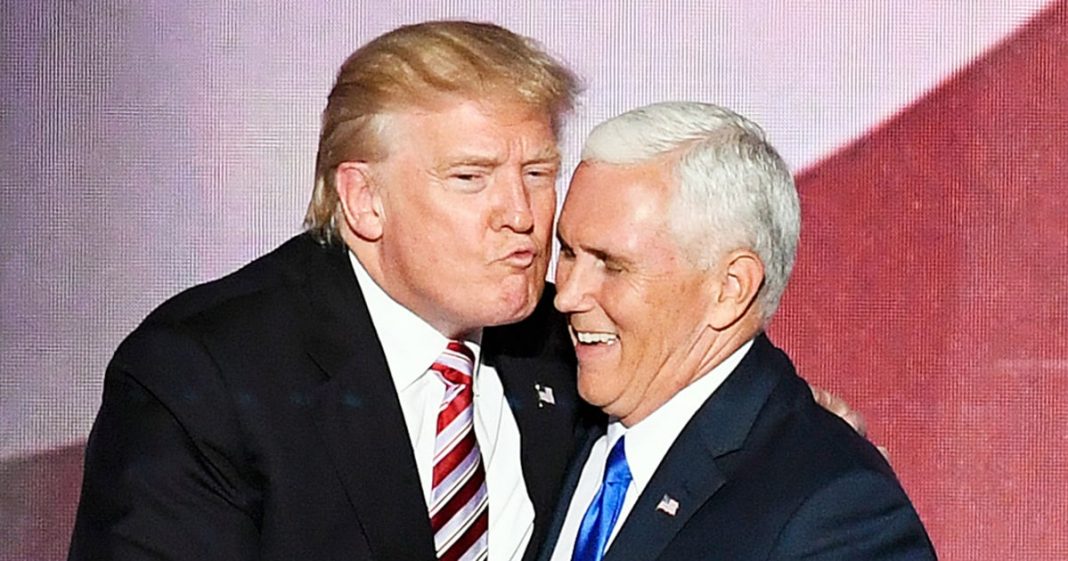 In a shocking reveal, presidential nominee Donald Trump has been caught making extremely sexually graphic comments on a hot mic in footage from 2005 released just today.

The audio was recorded by Access Hollywood during the interview on an Access Hollywood bus where Trump was talking so-called “locker-room talk” to then-host Billy Bush. Trump made a long string of lewd comments about various women, bragging about trying to have sex with a married woman – Trump himself was newly married to now-wife Melania.

Things only got worse from there when the two men spotted female actress Arianna Zucker.

Bush said that Zucker was “hot as sh*t,” to which Trump replied, “Whoa! Whoa!”

Trump then explained his usual treatment of attractive woman in about the creepiest terms possible.

“I’ve gotta use some tic tacs, just in case I start kissing her. You know I’m automatically attracted to beautiful — I just start kissing them. It’s like a magnet. Just kiss. I don’t even wait.”

Most will focus on the graphic language used by Trump itself, but what is most disturbing is the implication in his language. Trump is talking here about sexually assaulting women, completely objectifying them and using their bodies for his sexual gratification.

Nowhere in this gross display does he feature the woman’s wants or desires. He says it himself, he doesn’t even wait.

When you are a celebrity who has been in the public eye for decades who then decides to run for president, every word you’ve ever uttered near a camera is fair game, and this disgusting rant is no exception.

Trump has already commented on the leak, sort-of-apologizing to anyone his comments “may have offended” and saying that he has heard far worse from Bill Clinton on the golf course – without any proof provided, of course.