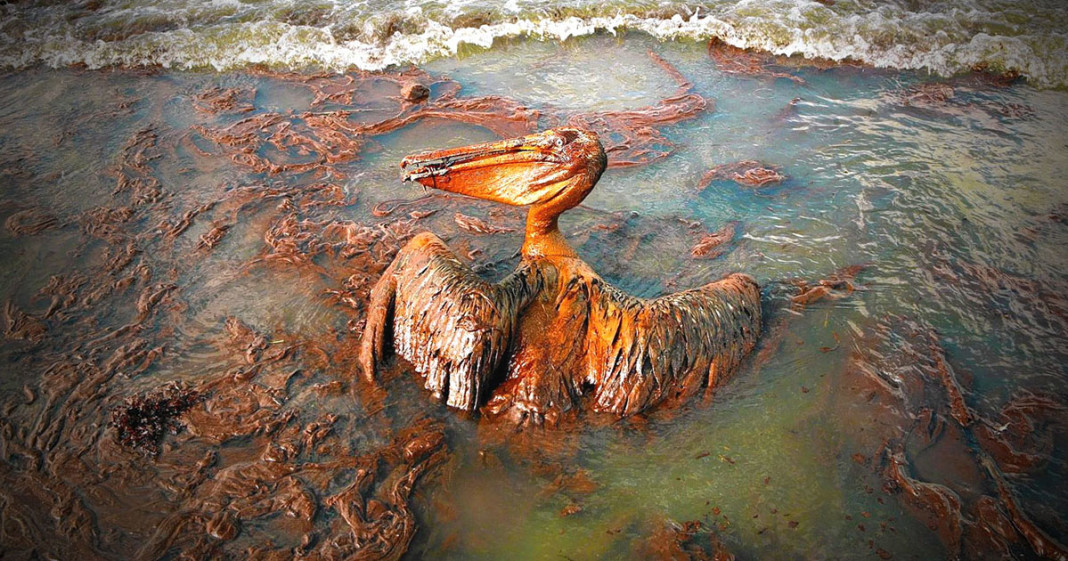 The same company that brought you the disastrous Deepwater Horizon spill in the Gulf of Mexico more than six years ago have done it again – and their plans to mitigate the damage are to do absolutely nothing.

Over the past weekend, BP announced that it had shut down one of its North Sea platforms off the coast of northern Scotland. According to a company statement, the leak was the “result of a technical issue with the system which separates the mixed production fluids of water, oil and gas.”

The incident occurred around ten in the morning local time at the Clair platform, approximately 45 miles west of the Shetland Islands. BP states that it “continues to monitor oil released to sea” with aerial surveys and that they are working with environmental and business agencies to “assess any potential environmental impacts.” Based on current information, company officials have determined that “the most appropriate response remains to allow the oil to disperse naturally at sea.”

BP officials also further reassure us all that, based on “…initial conclusions from our environmental assessment work, which looks at local seabird, cetacean and fish populations, indicates that the impact of the release is likely to be minimal.” But how minimal do they mean? How do they measure that and how is it quantified? Can 100,000 sea creatures be killed and BP still considers that to be minimal? And how can they gain an accurate count?

Granted, this spill is not quite as disastrous as that of the Deepwater Horizon in 2010. But it’s far from the first time an oil drilling platform has dumped its product into the North Sea. According to an investigative report by the U.K. Guardian, there were a total of 4,123 separate oil spills in the North Sea between 2000 and 2011. And yet the oil companies responsible have paid a total of approximately $120,000 USD. In one case, the fine for spilling 20 metric tons into the North Sea was a mere $3,200 USD.

According to the U.K. Department of Energy and Climate Change (DECC), there has been a total of 1,226 metric tons of oil released into the North Sea during the first eleven years of the 21st Century. That works out to nearly 8,600 barrels. And all that has been done to hold the most powerful and profitable industry in the history of capitalism accountable is a few wrist slaps.

Unfortunately, this won’t be the last spill in the North Sea. A new oil field has been discovered off the coast of Norway, with production scheduled to begin in 2019. At the same time, plans for drilling in the Arctic are going ahead full tilt. What makes this especially alarming is (A) there is no infrastructure in that region for dealing with major oil spills, and (B) any oil spilled into the environment is going to accelerate the process of global climate change.

Greenpeace has found that nearly 40% of 193 abandoned wells in the Norwegian Arctic are leaking. That may not be all of them; a scientist working for the Norwegian research company SINTEF told Greenpeace: “No one really knows how many wells already drilled in the Arctic might be leaking today.”

So while this latest spill might just feel like another drop in the bucket, the fact that we’ve become so laissez-faire about spilling this toxic sludge into our oceans is perhaps the most alarming element of this climate disaster.