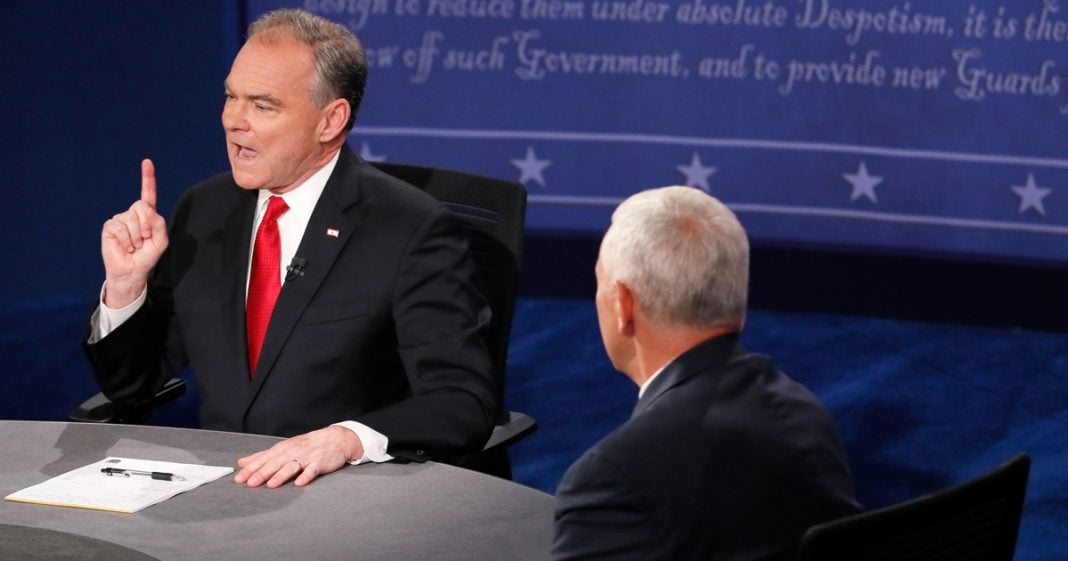 In this Majority Report clip, we watch a segment from the vice presidential debate during which Tim Kaine and Mike Pence discuss the future of Social Security and their respective tax plans (one of which raises taxes for the very wealthy (Clinton’s) and one of which leaves the country in staggering debt within 20 years (Trump’s).

Nancy Pelosi Would Rather Mock Trump Than Be A Leader