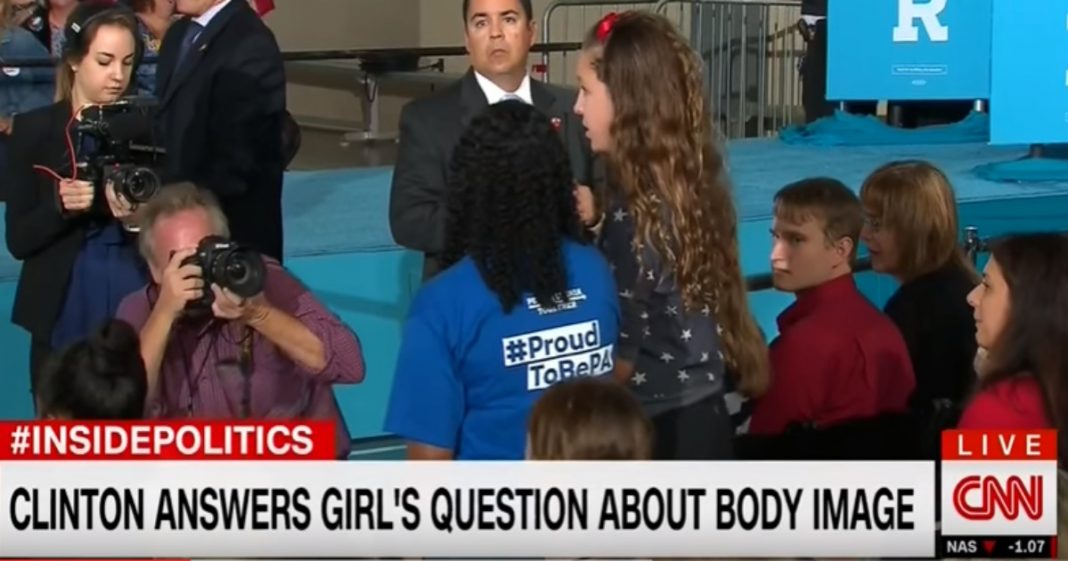 Asking a question of Democratic Nominee Hillary Clinton, a teen girl in Pennsylvania made it clear just how damaging a Trump candidacy has already been to the youth of America.

From making young minority children fear for their freedom to making young girls of all races question their worth, we need not wonder how damaging a Trump presidency would be, because we already see his mere national spotlight harming Americans all over.

15-year-old Brenna Leach told Clinton how damaging she considered Trump to be for women all over the country, especially girls her age. Showing her maturity, Leach asked Clinton how she planned to fix the damage done by Trump.

“I see with my own eyes the damage Donald Trump does when he talks about women and how they look. How would you undo some of that damage so [girls] understand they are so much more than just what they look like?”

“It’s really hard for me throughout school to see the pain Donald Trump inflicts on my friends, especially at such an insecure time as middle school and high school.”

Clinton’s answer to the girl’s question was admirable, but it’s the girl’s insightful words about her peers and how they are handling a Trump candidacy which is really worth noting here.