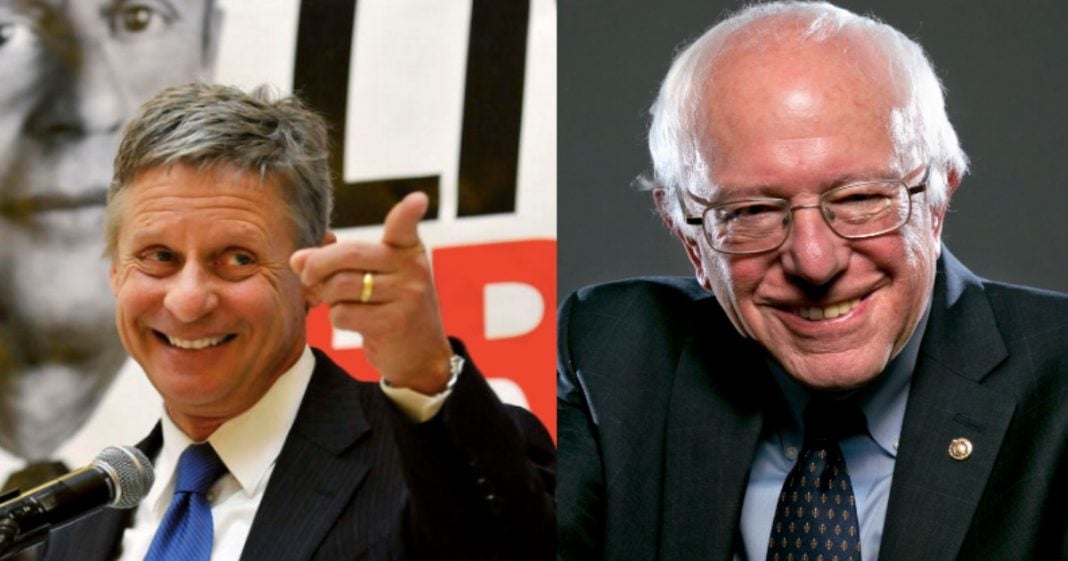 Since Bernie Sanders’ exit from the race months ago, many former so-called ‘Bernie bros’ have been scrambling to find a new candidate to believe in.

Some turned to Clinton as the “lesser of two evils,” while a delusional few turned to Trump. Then there were those who committed to voting third-party, declaring that they refused to throw their bid in for either “evil” candidate.

Those who turned to Stein found a candidate who embodied many of Sanders’ values, though her inexperience as a politician and her faulty judgement in choosing a running-mate turned many off.

Then there were those who turned to Gary Johnson, the libertarian candidate who currently poses the largest threat to the two-party system. Despite his repeated gaffes and extreme beliefs, Johnson has earned a sizable percentage of national polls and even came close to qualifying for the national debate stage.

A new ad released by a newly established SuperPAC the Democratic Coalition Against Trump seeks to put pressure on those who formerly supported Sanders but now are backing Johnson, pointing out the major policy and professional differences between the two campaigns.

The ad doesn’t just focus on Johnson’s recent – and major – gaffes, but also on the many ways in which his party differs wildly from that of Sanders’ platform. Issues like whether or not a federal income tax should be collected, and whether or not schools and prisons should be privatized show that even on the most fundamental issues, Johnson is miles away from Sanders.