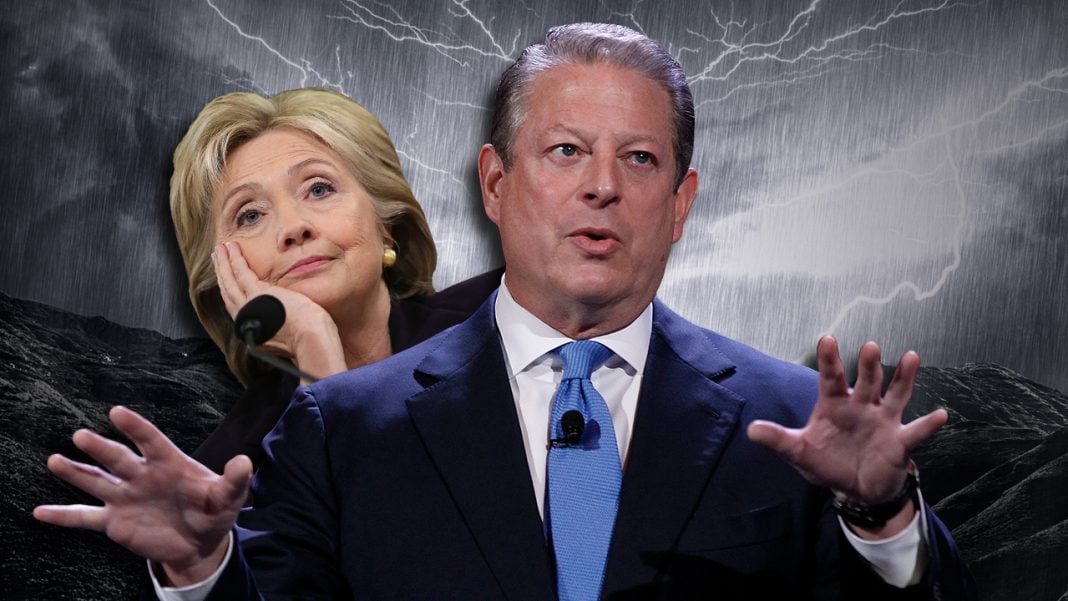 The Clinton campaign is hoping that Al Gore can energize young voters enough to bring them into the Democratic camp, but if they want this group to take them seriously, they need to refund all of the fossil fuel money going to Hillary and the Dems. The Ring of Fire’s Farron Cousins discusses this.

The Clinton campaign has obviously been struggling to attract millennial voters anywhere between the 18 and 35 year old age group, so they’ve come up with a plan that is really going to energize this particular age group. They’re calling in the big guns, and they are bringing out Al Gore. That’s right, millennials, your favorite politician of all time, Al Gore, is coming out there to fight for Hillary Clinton to win your votes and your support for the Democratic Party.

Now, forget the fact that most of the people in this age group were still in diapers when Al Gore even ran for president, I’m not quite sure his appeal to that particular age group. The Clinton campaign believes that Al Gore going out there and energizing these people about an issue they care about, climate change, they believe that that’s going to help to get these voters squarely into Camp Clinton.

If you want to energize them on the issue of climate change, don’t bring out Al Gore. Yeah, he’s great on it. He’s not enthusiastic. He’s not charismatic. I mean, if you want to talk about a Hillary Clinton supporter that’s also a big climate change guy, what about Leonardo DiCaprio? Would probably resonate a little bit better with that age group.

The most important thing you could do, Hillary, in order to convince these people that you actually care about climate change, how about you return all of that fossil fuel money? How about you take a firm stand on the Dakota Access Pipeline and say, “Hell no it’s not going to happen.” Same thing with Keystone XL, they know that your state department under your guidance was working with TransCanada to get that pipeline approved. Those don’t sound like the actions of a candidate that’s very serious about tackling climate change, do they?

That’s the problem you’re going to run into when you’re trying to pander to them on an issue that they know you aren’t honest about. Let’s face it, this election truly is the lesser of two evils. You have Hillary Clinton who will do nothing about climate change versus Donald Trump who doesn’t even believe it exists. Yeah, you’re stuck between a rock and a hard place. You could vote for Jill Stein, you could vote for Gary Johnson; neither of them according to polls have a chance right now. You could be mad at the fact of that, but you can’t dispute that fact. Jill Stein does not have a chance.

Hillary’s going to go out there and pander to these young voters. Maybe they’ll buy it, they probably won’t. Then she’s going to do nothing about climate change. Now, she’s probably not going to reverse the very minor gains that President Obama has made like Donald Trump will, but she’s not going to take the leadership that we need her to take, and that is a problem. We’re out of time.

We have no time left to wait around. If we go another four years without any action, it’s that millennial age group that’s going to have to deal with the consequences much more so than baby boomers or even the generation before them. They’re going to live with this for their entire lives while everybody else is aging into the grave at this point. We’re the ones that have to clean up your mess. Don’t pander to us while you’re taking money from the fossil fuel industry with the other hand.