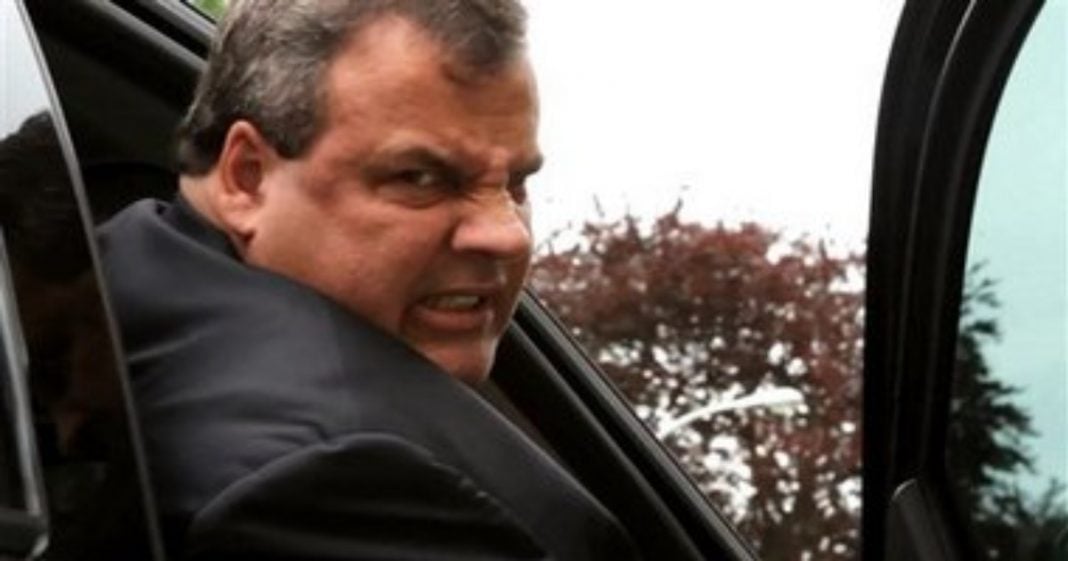 We’re all aware of how rough-and-tumble New Jersey Governor Chris Christie can be, but it was all laid out hilariously in a courtroom this week when a fellow elected official was asked to testify about a particularly testy exchange between himself and the Governor after the 2012 disaster Hurricane Sandy.

The testimony seemed to come from a fictional comedy film, but as is often the case these days, reality was even stranger than fiction.

Delivering testimony on the infamous “Bridgegate” on Wednesday, Monmouth County official John Curley was asked under oath if he had called Christie a “fat fuck.”

Curley replied that he had actually called the Governor a “fat motherfucker” in the wake of the 2012 hurricane.

Curley was clearly responding out of anger as he and several other officials in the state felt abandoned by Christie while several counties sat under water and in a state of emergency in the wake of Sandy. During the time, Christie’s approval ratings in the state sank as he chose to run around the country campaigning rather than handling his state’s crisis.

In response to this offense outburst, Christie contacted Curley later by phone and traded some more expletives that are quite frankly hilarious.

“Who the fuck do you think you are calling me a fat fuck? I’m the fucking governor of this state.”

Christie threatened the man as well during the call, saying he would “fucking destroy” him if he didn’t attend an event with him.

The sort of criminal hot-head who would say those things is miles away from the feckless, roll over Governor we see now standing helplessly at Trump’s side. Either way, Christie is a real trash person and doesn’t deserve to hold any elected office.

You can read more about this crazy story at The Huffington Post.