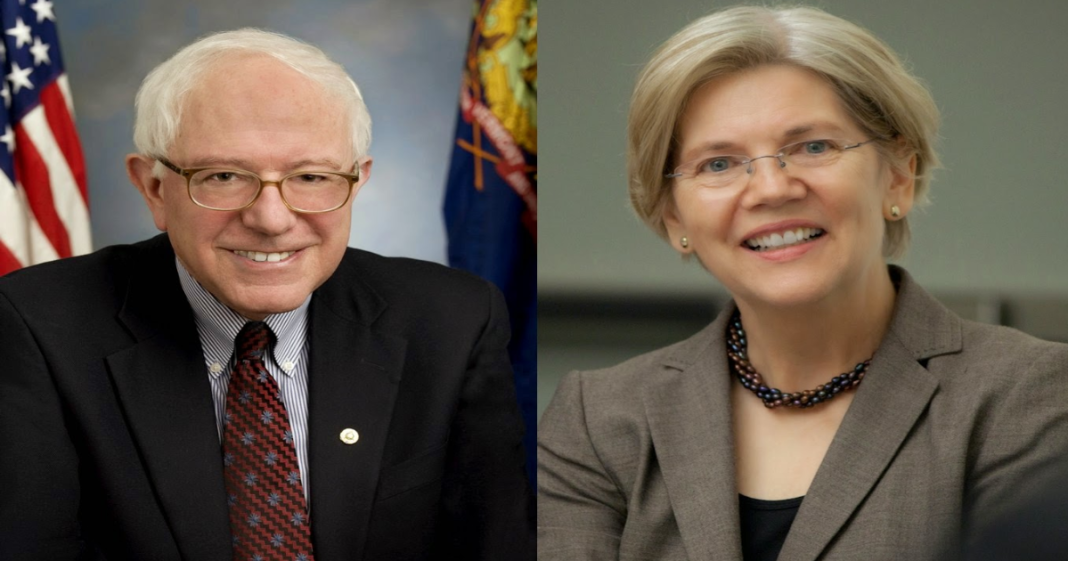 You may have abandoned progressives Senator Bernie Sanders and Senator Elizabeth Warren, but they haven’t abandoned you. From the moment the scandal at massive bank Wells Fargo broke, they have been on the offense, going after executives at the bank and pushing for harsher federal sanctions, investigations, and even criminal charges.

Considering our history of allowing white collar crime from big bank CEO’s to slide, this is a tall order.

Warren began the charge, assembling a Senate investigative committee to probe into the fraud, interrogating Wells Fargo CEO John Stumpf and asking him to resign and return all money made from the fraudulent activities.

While Stumpf declined the request for his resignation, he did comply with the latter part of Warren’s request and returned a portion of his salary to try to appease those breathing down his neck. It didn’t work.

Now, Bernie Sanders has joined the voices of condemnation, joining with Warren and other senators in a letter written to Attorney General Loretta Lynch, urging the Department of Justice to take a closer look at Wells Fargo senior executives in the fraud cases.

The Department of Justice has already launched a federal investigation into the banks – Warren and Sanders had a role in the initiation of that investigation as well – but if these progressive senators get their way, the DoJ will pay extra close attention to the bigwigs at the top, possibly resulting in criminal charges of an executive – a rare treat.

The Senators – which numbered 14 – vaguely threatened Lynch, saying that this probe would be the first “critical test” of her leadership.

You can read more about this letter the Senators sent at CNN Money.