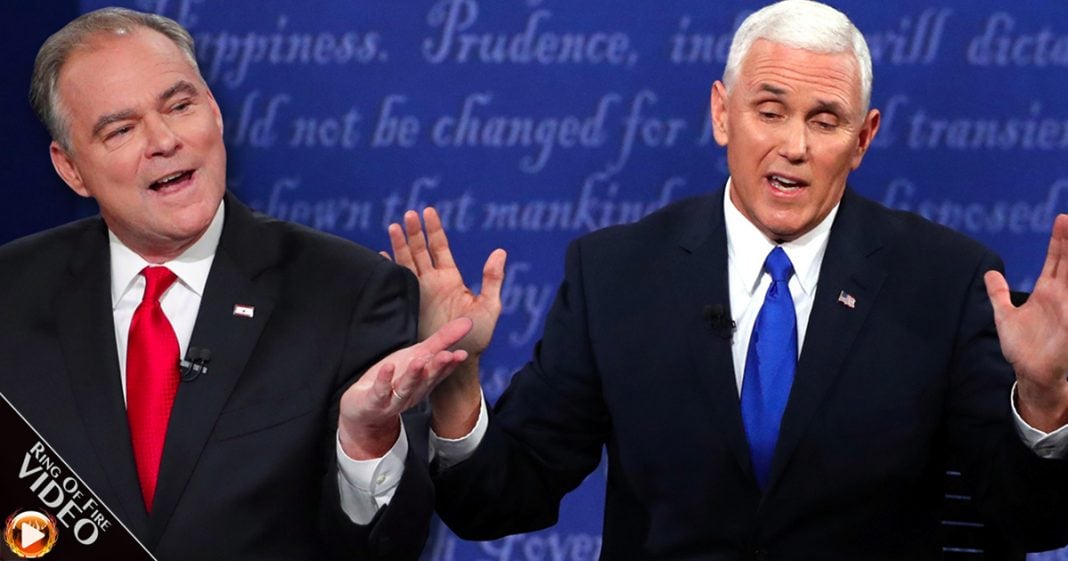 Civility is how you win debates in high school, but when the fate of the country is on the line, civility goes out the window. Where it really mattered, Mike Pence failed at every level, and the corporate media should be embarrassed for calling him the winner. The Ring of Fire’s Farron Cousins discusses this.

Last night was the not much anticipated vice presidential debate and according to the media, immediately after the debate, day after, Mike Pence came across as the winner because he was a little bit more reserved, he was calm, he had a little bit more civility, wasn’t quite interrupting Kaine, as much as Kaine was interrupting him. Therefore, the media believes that is all you have to do in order to win a debate.

For those of you who don’t know or haven’t been paying attention to environmental issues, the war on coal is a talking point the Republicans have been using for about six years now to describe I guess you’d call it the regulations placed on the coal industry and the decline in the number of coal jobs in the United States. That actually has nothing to do with any of the regulations placed on the coal industry placed by the administration. It actually has to do with the global decline in demand for coal. The industry is dying out because supply and demand, basic economics no longer favors it. Still, Republicans use that as a point to rally workers. Mike Pence talked about his father own a small business.

Well, you know what the moderator should ask at that point? “Well, Mike, let me ask you. Did your father sell things to gay people or did he follow your philosophy and say, ‘Get the hell out of my store.’?” That is the Mike Pence that people need to understand and see for what he truly is. He is a bigot. I mean, he was a bigot long before Donald Trump even came on to the scene he hates gay people. Absolutely hates it. He hates women. He doesn’t think women are either smart enough or mature enough or responsible enough to make decisions about their own bodies. Where were those questions?

Mike Pence did not win that debate. He deflected every single question coming at him about some of the horrible things Donald Trump said. He got away with saying that Clinton and Kaine were running their campaign on negatives, even though the only ads running from Hillary Clinton are actually just directly quoting, showing video clips of Donald Trump himself saying those things. That’s not negative if it’s the truth you idiot, but yeah, let’s give him a free pass. Let’s say that he won.

Mike Pence is a dangerous human being who does not deserved to be in any kind of sit of power in the United States. He holds too much hatred inside of him for large portions of the population to ever be an effective and unbiased politician, ruler, whatever you want to call it. He should not be allowed to manage anything, not a state, not the office of the vice president, not even a small business at this point because he is so bigoted against certain populations in the United States.

Mike Pence is a dangerous man and that is why he is actually the perfect compliment to Donald Trump because last night, Mike Pence came across as not dangerous, as not psychotic, but looks can be deceiving and that is the case with Mike Pence.