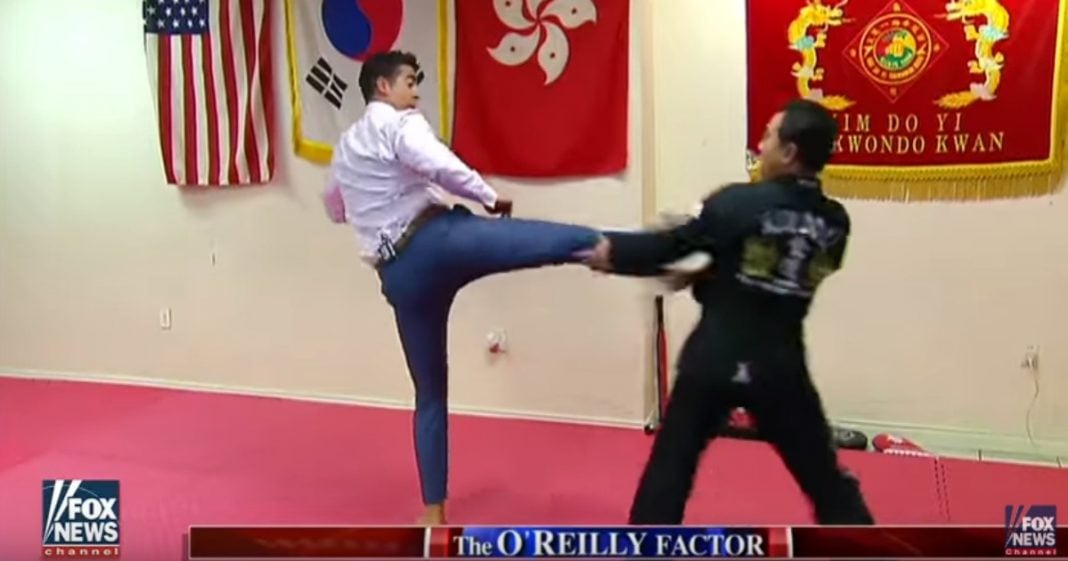 Inspired by the success of Donald Trump, O’Reilly Factor‘s Jesse Watters took to the streets of Chinatown in order to try to stir up some fun, race-based, stereotypical fun.

Watters gallivanted all over Chinatown, taking Karate lessons, swinging nunchucks in a market, and harassing tiny old women. All the while, he asked anyone he could about the political race.

Watters makes a habit of offending anyone he can, considering political incorrecness a badge of honor, but this video took things far too far.

Amid his questions about whether or not the residents of Chinatown support Trump or Clinton, Watters asked them how they danced in China and suggested that China rips off the U.S.

A couple of times, Watters pushed his Fox News microphone in the faces of some residents who appeared not to understand English, or at least Watters’ sarcastic version of the language. Rather than cutting those moments from his quirky little clip, Watters World left them in, purposefully trying to make the people look stupid.

Now we know that racist Fox News won’t have a problem with Watters’ sketch at all, though even O’Reilly said that they expected to “get letters.” What this video does make more clear than ever is that bully Watters is just one of the many racist, abominable idiots at Fox News, and Trump is only making things worse.