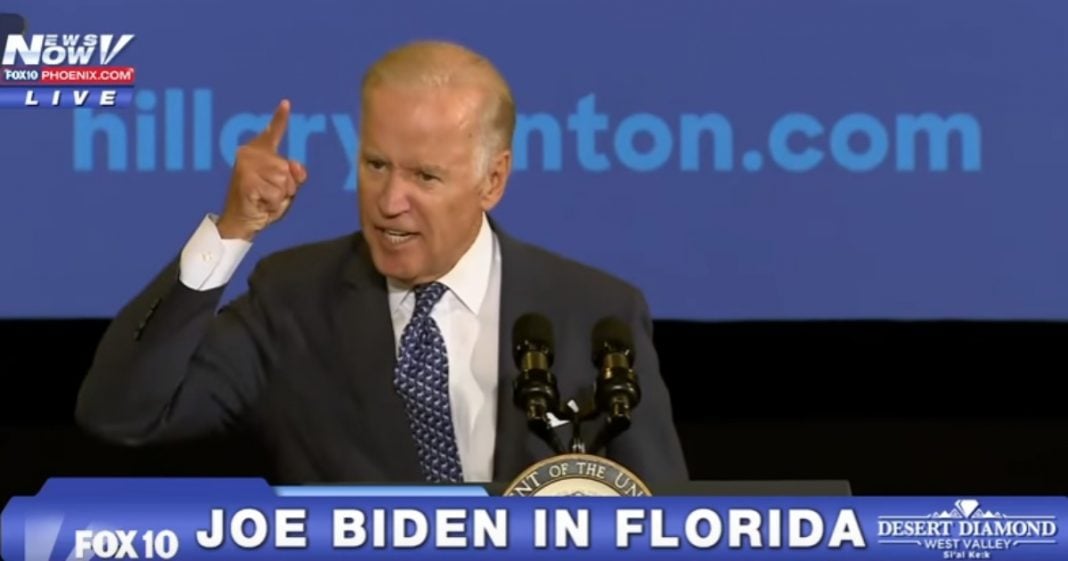 Throughout this election cycle, we have seen our amicable uncle Joe Biden turn into an angry attack-dog, intent on tearing Trump down when needed. Even just a few days ago, we saw the severe side of the Vice President as he condemned Trump for bragging about taking advantage of the 2008 housing crisis.

No doubt, Joe never expected to have to offer even harsher words for the Republican candidate so soon, but when Trump indicated that veterans who commit suicide due to PTSD aren’t “strong,” on Monday, Biden came out angrier than ever.

Biden, who is currently on the campaign trail in Florida stumping for Hillary Clinton, took a break from his usual “Woo Hillary,” spiel and instead offered a blistering condemnation of her opponent.

Biden relayed the comments made by Trump earlier in the day, when he said that the veterans in the room are strong for surviving war trauma, indicating those who don’t survive fail to do so because they are weak.

“Where in the hell is he from?”

As he has done many times before, the chuckling audience was quickly shushed by the man who assures them his words are said in seriousness, not jest.

“No no no no. This is deadly earnest.”

Biden then told the story of his veteran son Beau, who died just last year of cancer, and how a man in his brigade refused a military honor for a heart-breaking reason.