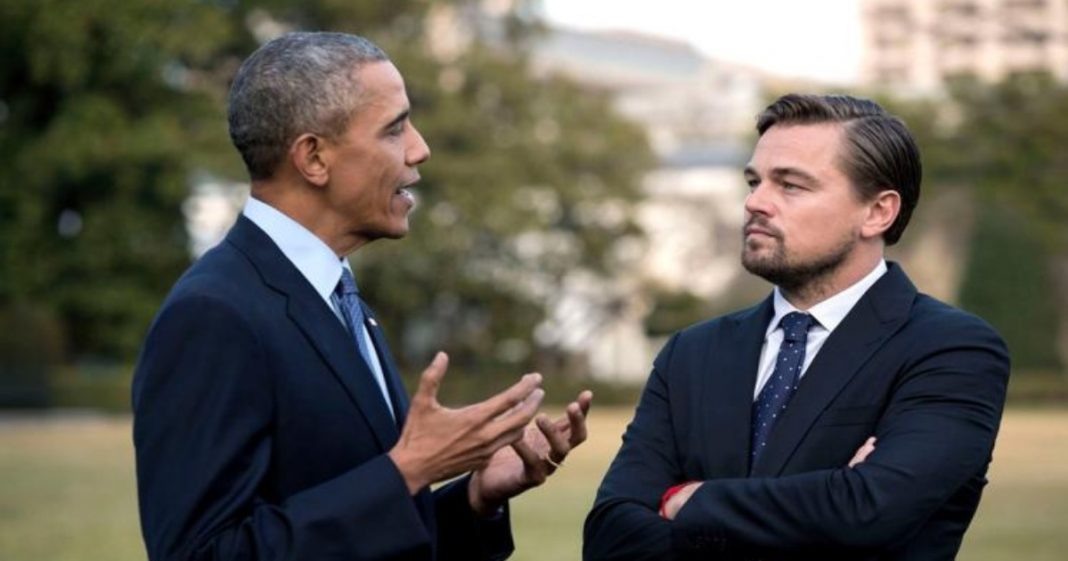 During a White House event held on Monday, actor and climate activist Leonardo DiCaprio said that those who refuse to accept the reality of climate change are not fit to hold elected office.

Echoing some of the same words used by Senator Bernie Sanders, DiCaprio declared “the argument is now over.”

Considering how many Republicans still refuse to accept that climate change is a scientific fact, rather than a conspiracy made by the Chinese (ahem, Donald Trump), we don’t think Leo was talking to Democrats when he made his statements.

And yet, DiCaprio made his comments as the esteemed guest of Obama, a president who has been woefully weak when it comes to environmental issues. Under the Democratic president’s leadership, fracking has expanded and pipelines have spider-webbed across the land. DiCaprio surely didn’t want to seem ungrateful, but it cheapens his message when he delivers it next to Obama.

DiCaprio was speaking on the subject due to his extensive activism in recent years, including the upcoming release of his environmental documentary “Before the Flood.”

DiCaprio called on the U.S. government to do more about climate change, including instituting a carbon tax, but he said that the will of the people should lead the efforts.