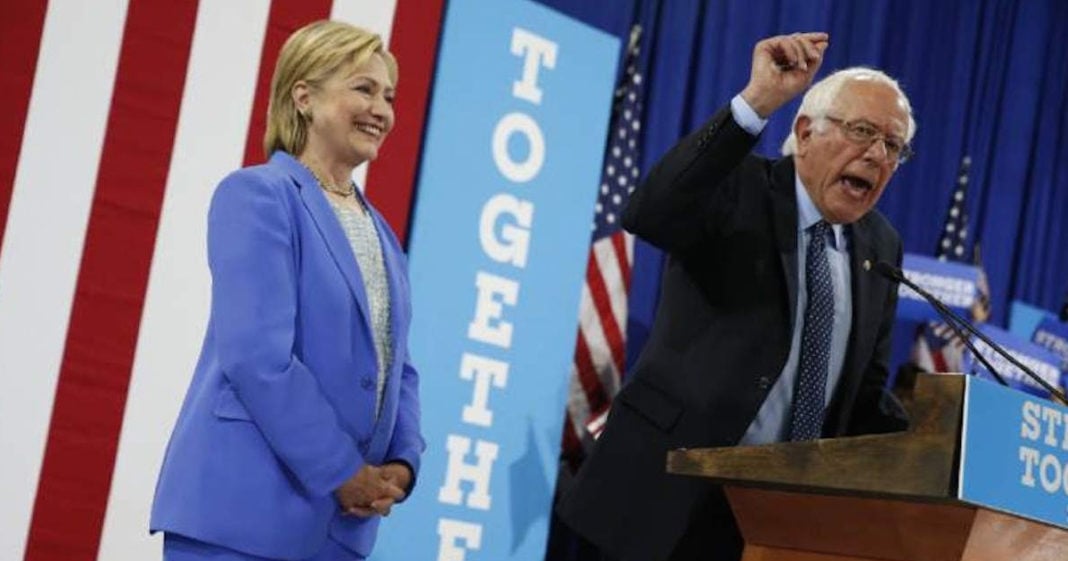 In this Majority Report clip, we listen to more leaked audio of Hillary Clinton, during which she says at a campaign fundraiser in February that she can understand the impulse of young, underemployed Sanders supporters to want a political revolution. Bernie Sanders goes on “This Week” with George Stephanopoulos to give his reaction to her comments.