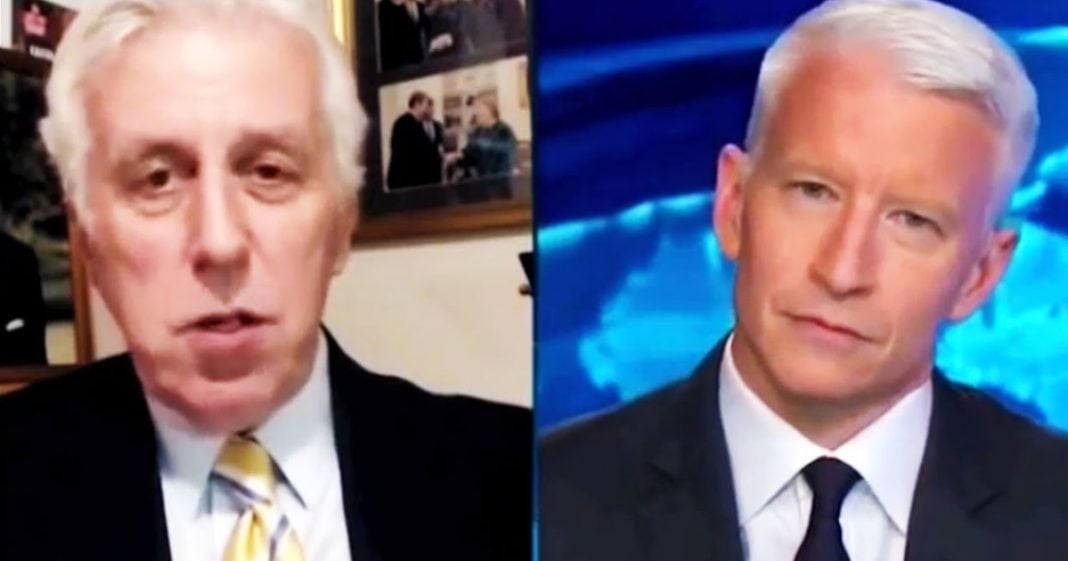 In this Majority Report clip, Jeffrey Lord appears on CNN with another Trump surrogate to defend Donald Trump. Anderson Cooper asks Lord repeatedly if urging one’s Twitter followers to check out a sex tape of a woman one is trying to defame is presidential behavior. Poor Anderson seems genuinely befuddled by Lord’s behavior. This is irrational because Jeffrey Lord is crazy and he’s appearing to defend Trump’s “sex-tape tweets,” so his craziness should not be surprising.