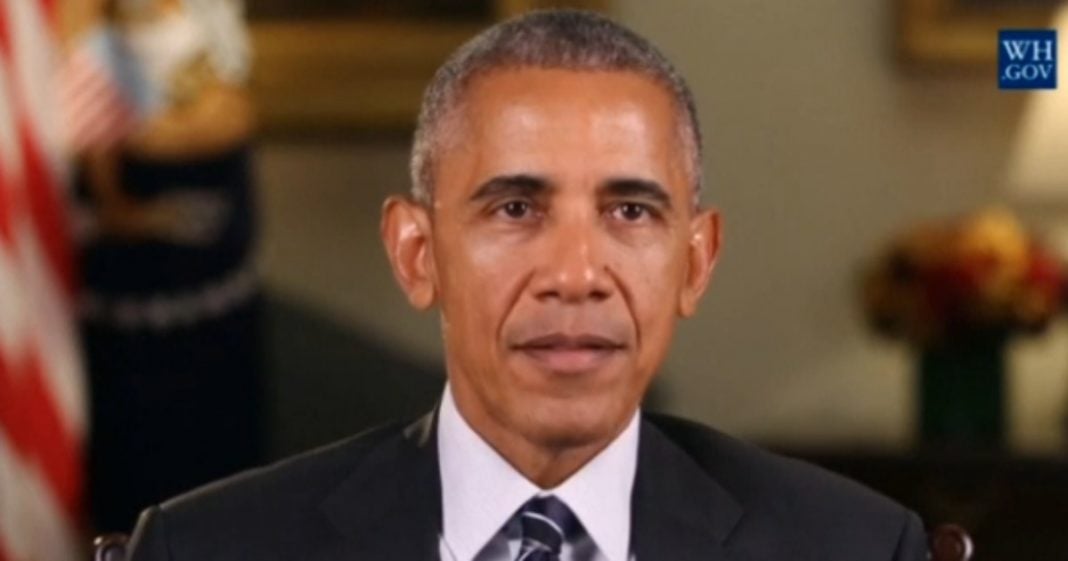 Addressing the nation in his weekly broadcast, President Barack Obama publicly called on congress to pass a law which would guarantee American workers 7 days of paid sick leave yearly, a tiny step forward in improving workers’ rights in the United States.

Though America likes to imagine itself as the most progressive, free, and happy nation in the world, the simple fact is that we lag far behind many other nations on important issues like workers’ rights.

As it stands now, there are federal laws on the books requiring employers to provide paid sick leave to their employees. Like maternity leave, it is a practice left up to the discretion of the individual employer, leaving millions of workers terrified of having to miss a day of work due to serious illness.

The president said that Americans shouldn’t have to choose between paying for food for their children and being able to recover from illness or injury.

“[P]aid sick leave isn’t a side issue, or a women’s issue, or something that’s just nice to have,” the president added more policies to prioritize, including child care, paid family leave, equal pay laws and a higher minimum wage.”

The president mentioned more than once during his address his deep satisfaction with congress’ current behavior, urging them to take action on this important legislation.

“We need a Congress that will act on all these issues too because they’d make a meaningful difference in the lives of millions of Americans who are working hard every day. It’s more than talk — it’s action.”

It’s shocking that the idea of providing each worker in the nation with just seven days of pay if they happen to become ill is somehow a partisan, controversial issue. It’s 7 days – shouldn’t that be a given?