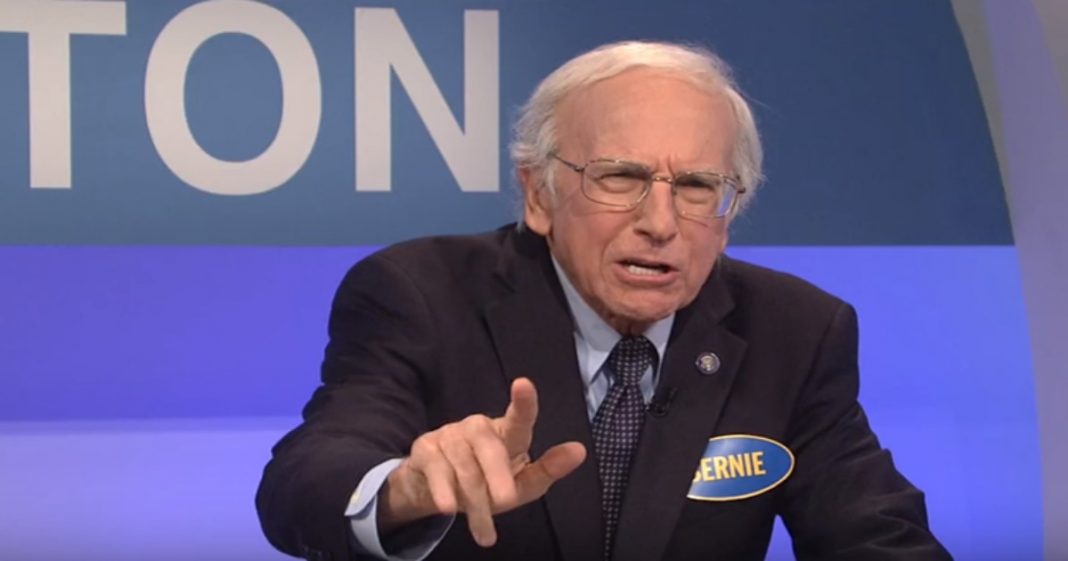 You may have heard about some of the best “Saturday Night Live” sketches from the season premiere this weekend, but one hilarious tidbit you might not have caught unless you watched the whole episode involved Green Party candidate Jill Stein.

During the show’s reoccurring “Family Feud” sketch, comedian Larry David returned once again to portray his political doppelganger Bernie Sanders. Fielding a question about something that might make one late, “Bernie” made mention of Stein when he said that the long-shot candidate was harassing him late at night.

In the sketch, Bernie stood on the Clinton team of “Feud” and gave his game-winning answer.

“MAYBE YOU’RE LATE BECAUSE PEOPLE LIKE JILL STEIN CALL YOU IN THE MIDDLE OF THE NIGHT ASKING YOU FOR ADVICE. THAT WOMAN DRIVES ME NUTS! FOR SOMEONE WHO CARES ABOUT THE ENVIRONMENT, SHE SURE DOESN’T CARE ABOUT ASKING PEOPLE TO THROW THEIR VOTES AWAY, HUH?!”

In “Family Feud” style, the board lit up and “Bothered by Jill Stein” appeared as a hilarious answer – apparently Bernie isn’t the only one being harassed by the candidate.

It’s hard to know if Stein would be flattered or insulted by the portrayal, but considering the fact that SNL thought Stein was a big enough name to deserve the joke, it would probably be best if she considered it a bit of free publicity.