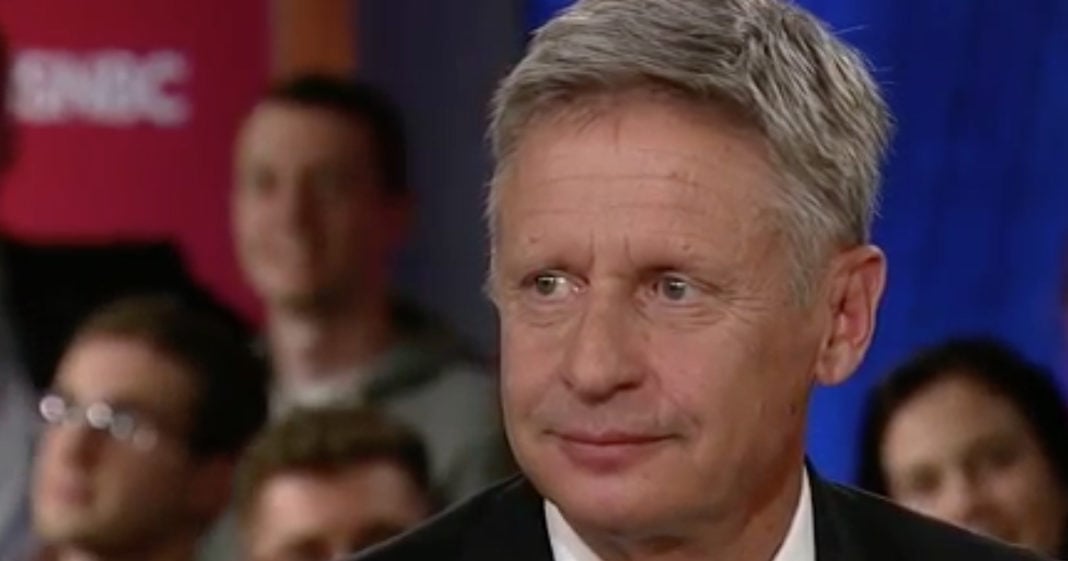 Though Gary Johnson’s got about a snowball’s chance in hell of winning the election (particularly after his recent slew of gaffes), he can say that he is beating the Republican nominee in one area – daily newspaper endorsements.

While Donald Trump currently sits at zero endorsements from respected publications, the Libertarian candidate has scooped up a respectable amount.

In a nation that is increasingly less reliant on the editorial opinions of newspapers in the age of digital and social media, support from a long-standing printed publication still holds some ceremonial weight.

Johnson already had the support of three daily newspapers before his major gaffe last week during the Libertarian Town Hall event on MSNBC. Despite not being able to name one foreign leader he admired, the Detroit News and the Chicago Tribune decided he would do and sent out their endorsements later in the week.

Hillary Clinton has received a slew of endorsements, several of which are right-leaning publications that made a historical break from their conservative roots to endorse the former Secretary of State. That list includes the Arizona Republic, Cincinnati Enquirer, Dallas Morning News, and the Houston Chronicle. Of course, Clinton has also been endorsed by a ton of left-leaning publications, as well as publications who have never before endorsed, like USA Today.

This accomplishment by Johnson is less about his campaign’s success than it is about Trump’s floundering. As we have seen again and again, the usual GOP suspects are reluctant and even refusing to connect themselves with Trump out of fear of what it will do for their own careers when he inevitably tanks.

For now, Johnson should celebrate his token accomplishment as he watches his poll numbers shrink.