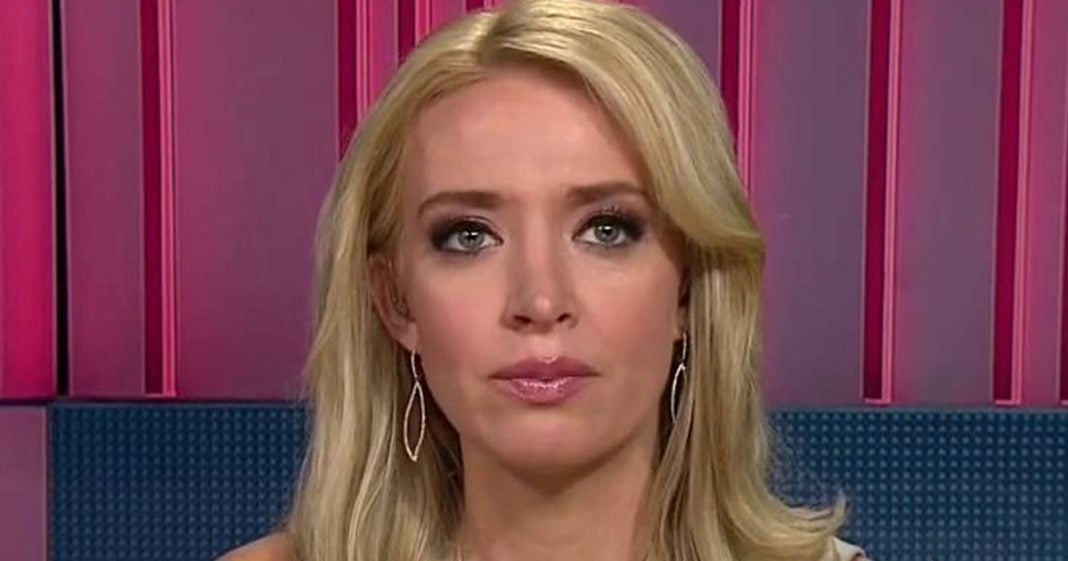 In this Majority Report clip, Trump surrogate Kayleigh McEnany appears on CNN to, as usual, vehemently defend a deranged thing Donald Trump has done. McEnany says that Trump’s recent tweetstorm against Alicia Machado and Hillary Clinton is understandable since he just wants to defend himself and that the video wherein Trump brings the press to capture Machado working out after she gained weight is taken out of context. She does show signs of intelligent life, however, when she lets slip that she thinks it would be better if Trump surrogates started an insane, middle-of-the-night smear campaign against a former Miss Universe rather than the candidate himself starting said smear campaign himself.