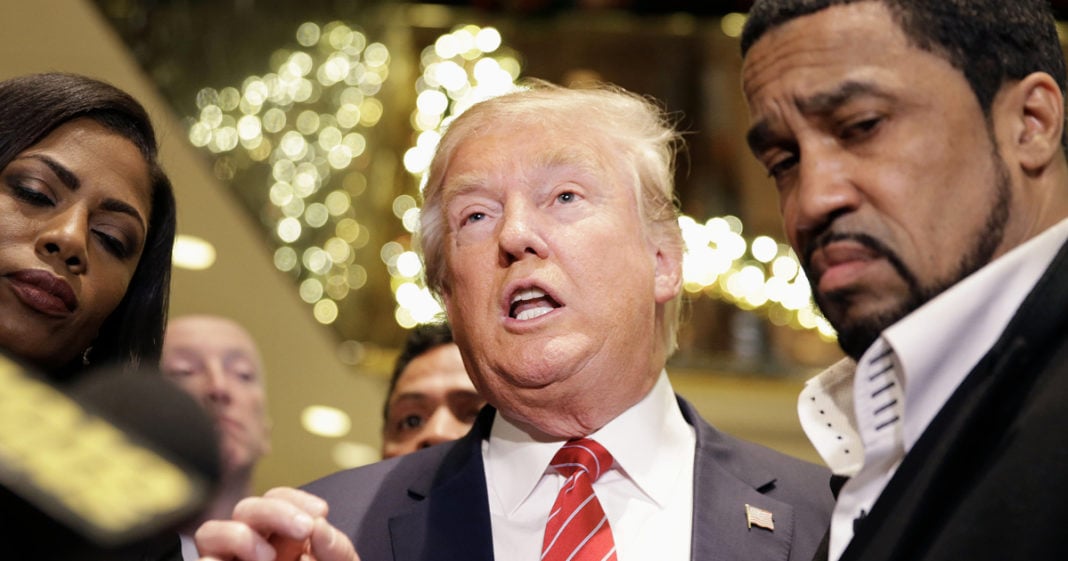 Michael Brooks is filling in for Sam Seder on the Majority Report today. In this clip, Don King endorses Donald Trump because he’s an insane weirdo (Don King is, and I guess Donald Trump is, too) and accidentally says the N-word. He catches himself and everyone sort of laughs it off, but Trump doesn’t seem to notice. Or maybe it’s just something he’s really used to hearing and saying, who knows.