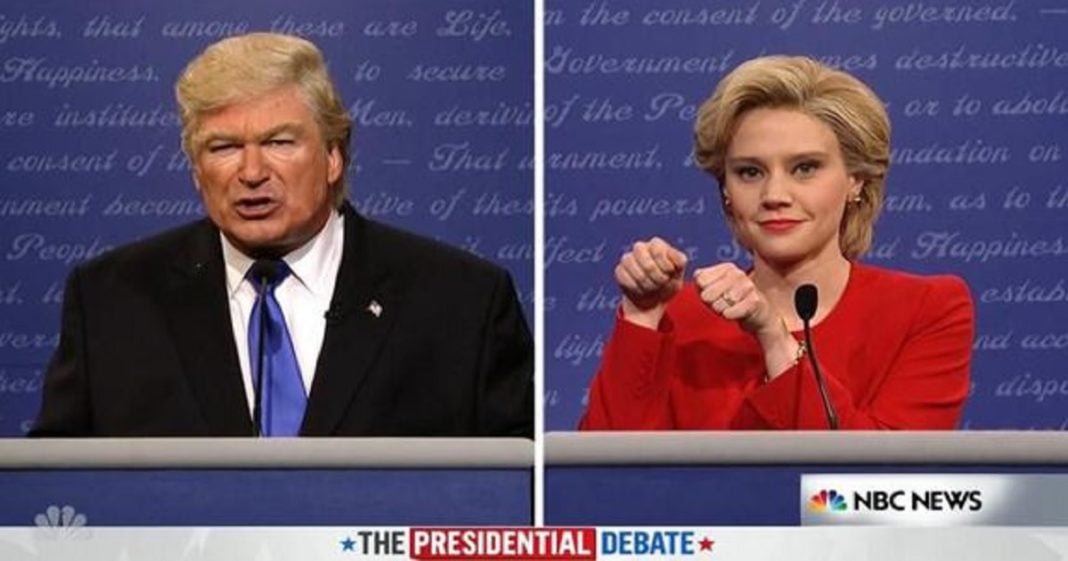 It’s been a long summer without the classic comedy sketch show Saturday Night Live. So many insane moments, so many political horror stories with no satire comedy to bounce it off of. But finally, on Saturday, the show returned once more, bringing us the comic relief we’ve all been dying for.

The show opened with Alec Baldwin-as-Trump and featured a return cameo from Larry David-as-Sanders.

At some moments, the show struggled to rival the comedy of reality. How can you make an absurd comedy sketch about presidential candidates when Donald Trump is saying sketch-worthy comments daily? When the world is obsessed with Clinton’s health, and the Donald actually imitates her illness on a massive rally stage?

Yes, this season is a time for Saturday Night Live to shine, but it won’t be easy. It’s just over a month until the election in November, meaning that these next few episodes have the ability to be pure comedic gold.

These episodes will be the sort of stuff we will look back upon in the coming years – either to remember fondly the time we almost had Donald Trump as president or to look back and wonder “wow, since President Trump censored all media which depict him negatively, I wonder what this sketch looked like?”

(Oh, and for the record, @farronbalanced invented this joke on Monday. We’ll accept the sincerest apologies from @NBCSNL at their earliest convenience.)