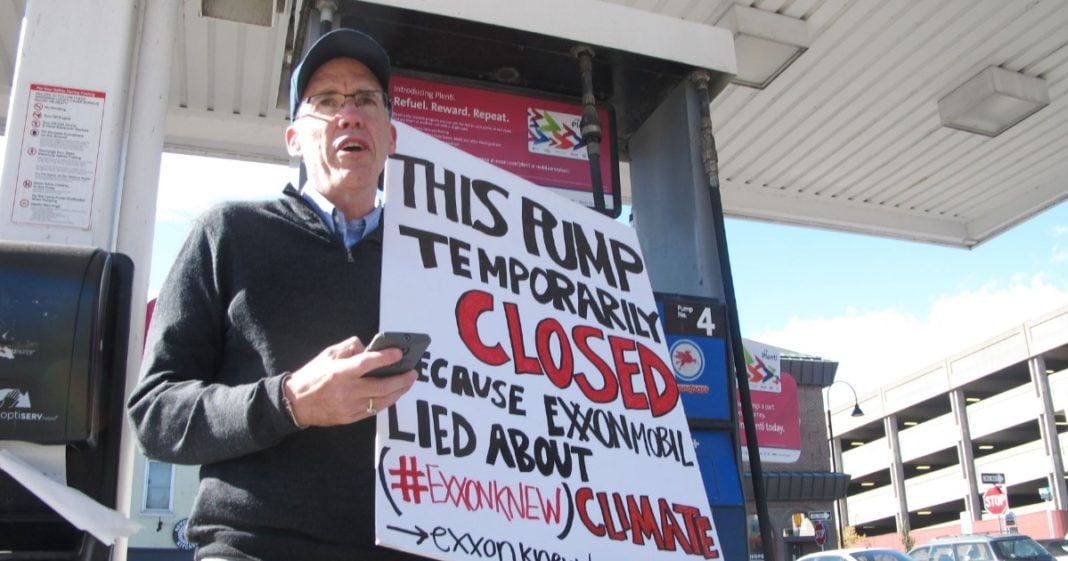 Back in May, the Conservation Law Foundation (CLF) reported that it would be pursuing legal action against petroleum giant Exxon-Mobil over global climate change and its attempts to cover up its own role in deceiving and hiding the facts from the public. This week, the CLF made good on that threat.

The lawsuit, filed with the U.S. District Court for the District of Massachusetts in Boston, is centered around a local facility in the Boston suburb of Everett. However, it has broad ramifications. It is the first time that any plaintiff has attempted to hold Exxon-Mobil legally accountable for the part it has played over the past six decades in causing shifts in the Earth’s climate which that have resulted in numerous disasters and widespread suffering.

This is only one more salvo in a growing onslaught against one of the largest transnational corporations on the planet. Exxon-Mobil is already the target of investigations by the attorneys general of Massachusetts, New York, and California.

At the same time, the Securities and Exchange Commission is looking into the ways the company has been calculating “the impact to its business from the world’s mounting response to climate change” In other words, they have been more worried about the ways in which increasing carbon regulation and damage from the climate change for which they themselves are responsible – and how that is going to affect their precious bottom line.

The CLF lawsuit alleges that an Exxon-Mobil storage facility near the banks of the Mystic River has continued to pollute local waters, posing a serious environmental threat to communities downstream. The lawsuit further alleges that Exxon-Mobil has failed to make modifications to the structures in order to withstand rising sea levels and increasingly severe weather resulting from climate change.

Recent investigations have revealed that Exxon-Mobil has been well aware of the threat of global climate change and the role they were playing in it. They could have done something to at least mitigate the situation, if not stop it altogether. Instead, Exxon-Mobil spent hundreds of millions of dollars in order to hide the facts from the public, embarking on a massive campaign of propaganda and disinformation. As a result, the entire planet is at risk, threatening our long-term survival. CLF president Bradley Campbell put it best when he points out that it was “all to cut costs for one of the most profitable corporations in the world.” Instead, Exxon-Mobil internalized those profits and lay the costs on the shoulders of the rest of us.

One wonders if the decision-makers at Exxon-Mobil have families and children. Were they even considered? Or were they delusional and in denial? Or perhaps, like former Secretary of State James Watt was alleged to have believed, they believe that it doesn’t matter – because some great Cloud Deity is going to return to Earth and “make all things new”? Maybe they’re like libertarian Presidential candidate Gary Johnson, who recently said that it’s not worth saving the planet, because the sun is going to burn it to a cinder in five billion years.

One thing is certain – this is about more than civil wrongdoing. Exxon-Mobil’s actions have caused widespread death and injury as well as billions of dollars in property damage and economic hardship for millions. If this does not constitute willful and depraved criminal action with malice aforethought, it’s hard to know what does.