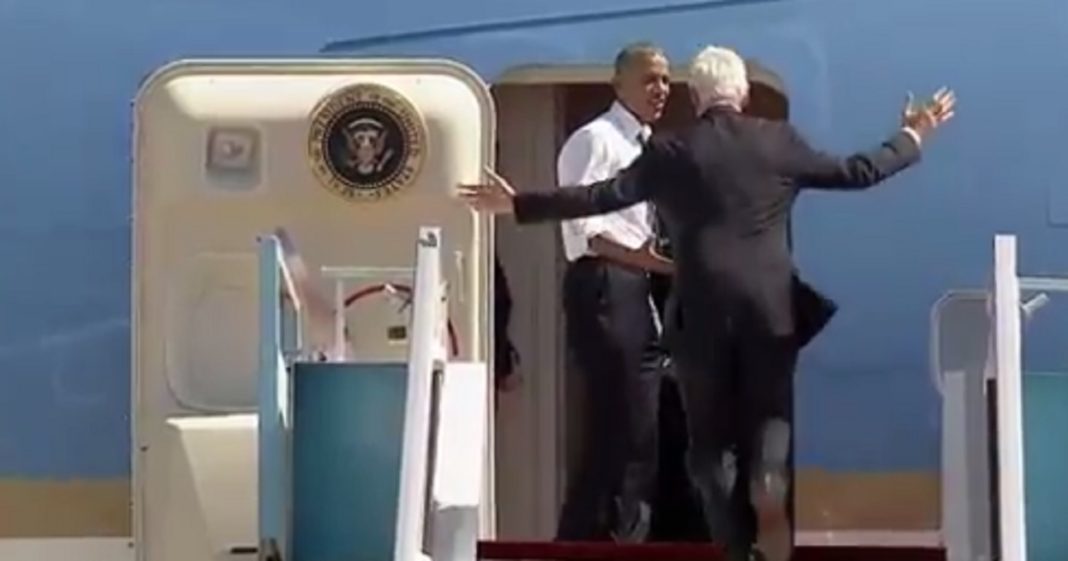 Turns out that the only person who can make you wait as president is another president.

During a visit to Israel to attend the funeral for former Israel president Shimon Peres on Friday, former president Bill Clinton left current president Barack Obama waiting on-board Air Force One as he schmoozed with politicians and statesmen.

“Bill, let’s go!” the president said, clapping his hands and then waving Bill toward the plane.

Finally, socialite Bill ascended the stairs and the two presidents entered the belly of the plane.

In the last few bittersweet months of the president’s term, this charming moment of human frustration should make anyone chuckle.

Hilarious: Barack having to wait on Bill Clinton as they're leaving Israel together. pic.twitter.com/nvMmbkBWVV