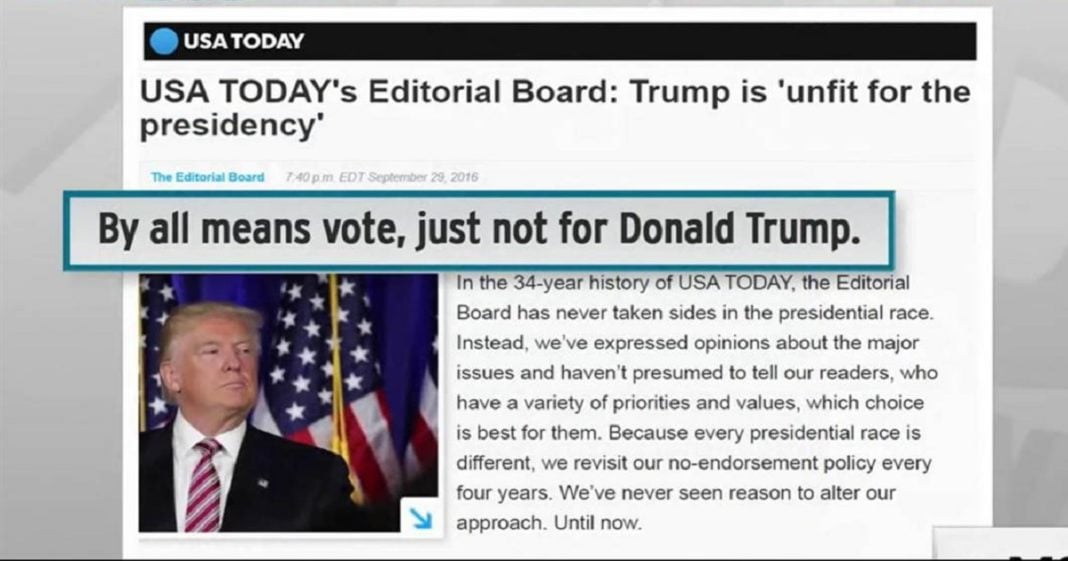 For the first time in its 34-year history, USA Today’s editorial board has endorsed a candidate for the presidency – Hillary Clinton.

The threat of a Trump presidency has many individuals and publications pushing to declare their support for Clinton or “anyone but Trump,” and USA Today is just the latest.

USA Today announced their endorsement on Thursday, noting that they revisit their non-endorsement policy every four years. Until now, they have never had a reason to alter that policy.

The publication points to Trump’s erratic and irresponsible behavior as their motivation for endorsing Clinton, saying Trump “traffics in prejudice,” and is “unfit for the presidency.”

In the 34-year history of @USATODAY, the Editorial Board has never taken sides in the presidential race. Until now. https://t.co/v7OMLQfnuT pic.twitter.com/js5FbJg9pC