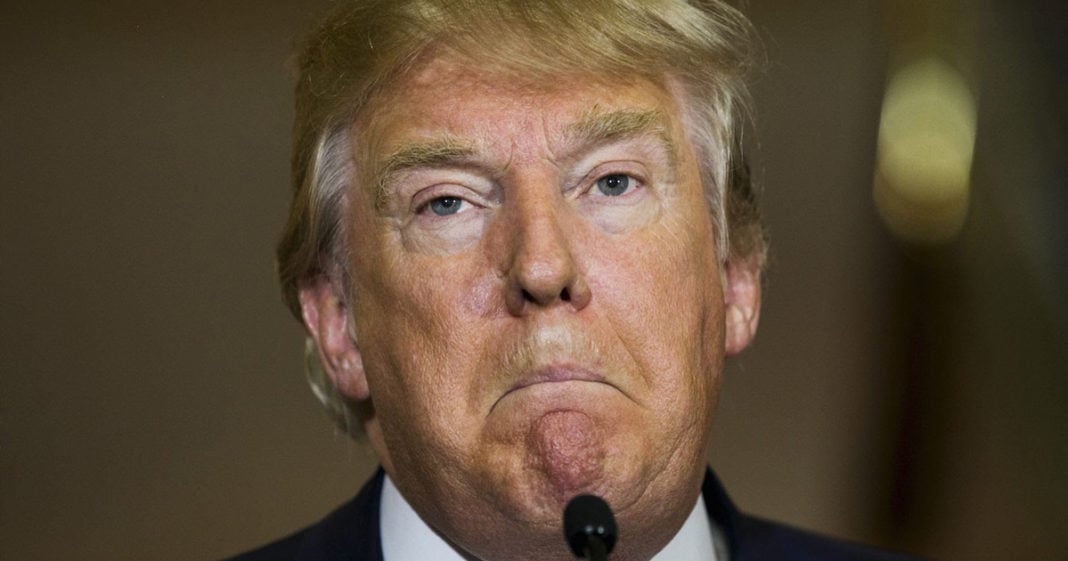 So last night while the rest of the world was sleeping, Donald Trump went on a sick and twisted Tweetstorm, doubling down on his sexist slander of former Miss Universe winner Alicia Machado.

Machado’s entrance into this election happened on Monday, yet Donald was still clearly stewing over her presence late into the night, inspiring a shocking rant in which he called her “disgusting” and told readers to “check out sex tape.”

Now, I’m not sure, but wasn’t it Abe Lincoln who first mentioned a sex tape during his campaigning for the presidency? No? Nixon? 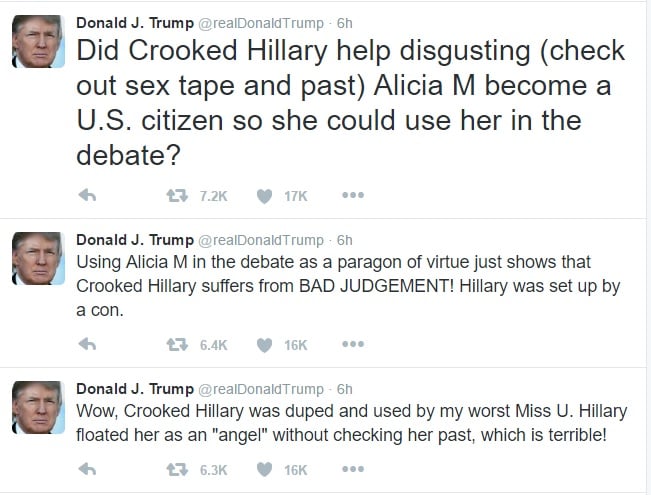 And by the way, no one has been able to uncover any sort of sex tape of Machado though they’ve definitely tried. That means that Trump may have opened himself up for a nice case of slander – yet another lawsuit to throw on the pile, aye Don?

It’s a little over a month until the election, folks.