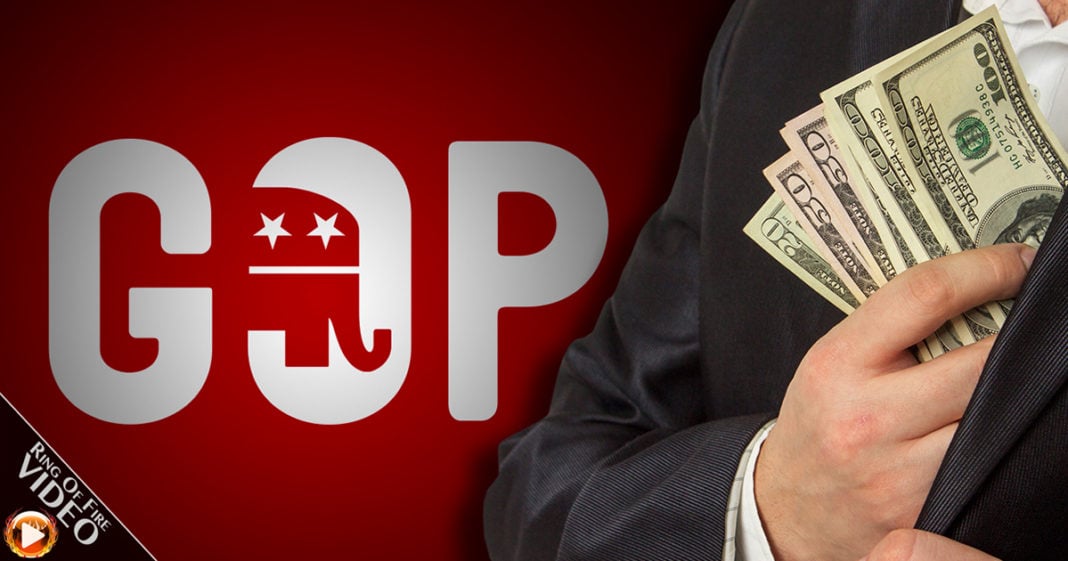 Mitt Romney, George W. Bush, and now Donald Trump. All of these men were lauded as “businessmen”, yet they failed as politicians. Why do Republicans keep going back to the same polluted well? The Ring of Fire’s Farron Cousins discusses this.

There is this myth that the Republican Party loves to continue to perpetuate. That is the business people, people from the private sector makes such better politicians than those people who’ve been running for office since the day they were born. Now, here’s why I hate that myth. For starters, it’s not true. Look at the people from the private sector that the Republican Party has put up for president.

After that, they went over to Mitt Romney. “Hey, you did a good job with your business of buying out and scraping and firing all the employees from other businesses, maybe you’d be a good politician. Yeah, you spend a little time as governor of Massachusetts where you are fairly liberal, but let’s erase all of that, focus on your business history of screwing people over, and then, oh, whoops, you lost the election.”

Now they’re making the same idiotic mistake with Donald Trump. Six bankruptcies, including five casinos. This man couldn’t make a profit on an industry where people walk through the door, hand you there money and expect nothing in return. He couldn’t make money doing that. Any idiot can make a casino profitable, really not that hard. I mean, people in Mississippi had been doing it for twenty years now and Trump couldn’t even do it in Atlantic City and Las Vegas? Good God. That’s pathetic.

Then you have Trump University, Trump Airlines, Trump Steaks, anything basically the Trump had his name on, for the most part, aside from the real estate business has been a miserable failure, but Republicans always want to tell us that business people, people from the private sector, “Oh, they know how to create jobs, they know how to run things, let’s run America like a business.”

Really? Is that what we want to do? How does that even work? Run it like a business. This country is not like a business. They love to talk about the deficit. What does that really mean? Yeah, the United States is in debt. To who? To the tax payers? To countries we’ve borrowed money from? How does that work exactly? Republicans, explain this to me. Do we send people over to Saudi Arabia and then they come home with a check? Do they come home with suitcases full of cash? That’s how it would work in a business, but that’s not exactly how it works in politics.

Yeah, the country can actually operate pretty darn well on a deficit and we wouldn’t even have such a big deficit if you idiots who are allegedly the job creators paid your fair share in taxes. Donald Trump says he’s super smart for not paying taxes. No, it makes you an asshole and it makes you unpatriotic. If you really loved America, you wouldn’t mind spending a little bit of money here and there to make it better, to make the roads better, to make the airports better, to help train police officers and firefighters, give teachers a little bit more money since they get paid dirt wages anyway, improve our schools, improve out textbooks. That’s patriotic, but no. With Republicans, it’s all about the private sector. The private sector is smarter, their better. Why?

Here’s the funny part. Why are they better? Because they have so much money, so obviously, anybody who’s rich is automatically smarter than everybody else. That’s Republican logic. There is no truth to it, but that’s what they believe and that’s why they will continue to put up this idiotic business man who have no business being in politics, who have a history of either shady business practices or failed business practices, but that’s what the Republicans do. They pick an idea, good or bad, just like trickled down economics and they’re going to stick with it until they finally all die off and that idea is forgotten forever.

Donald Trump is not the last Republican business man politician that we’re going to see anytime soon. They’re going to continue this trend until finally, someone with a shred of intelligence decides to tell the Republicans, “Hey. Maybe we need to pick some other kind of strategy here.”