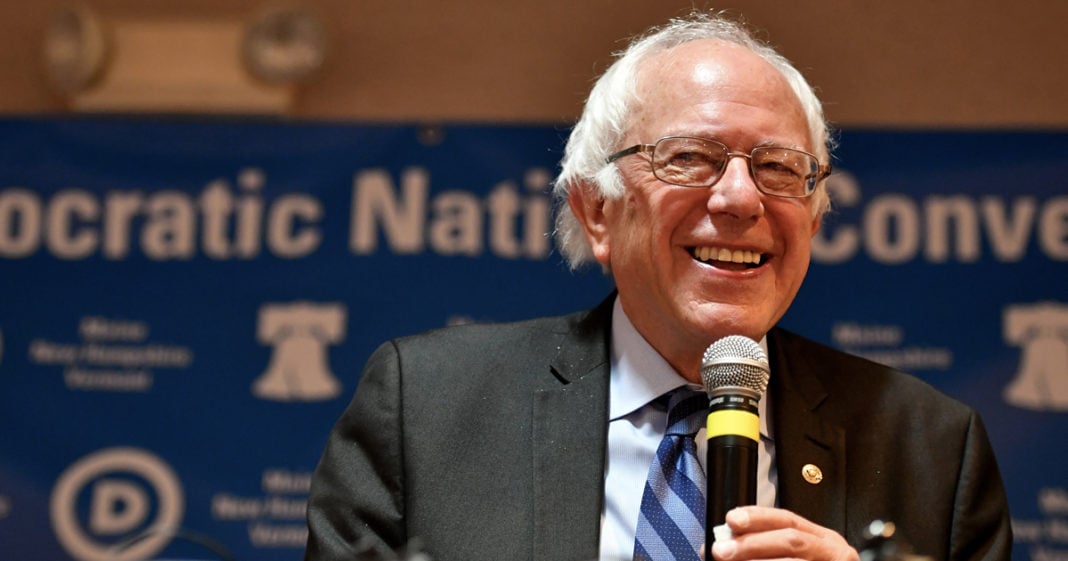 As Bernie Sanders joins Hillary Clinton on the campaign trail this week, his influence has brought another notable Republican to the Democratic party.

Sanders’ longtime friend Tony Pomerleau, a prominent Republican businessman and developer in Sanders’ hometown of Burlington, Vermont, offered his support for Clinton this week, framing his endorsement in a historical context.

“I am a loyal Republican born in 1917 and the first time a woman could vote was in 1919,” the letter reads. “I will be most happy to cast my vote to the first woman president of the United States of America. I am a loyal friend of Bernie Sanders and in Vermont they call us the ‘Odd Couple.’”

Odd couple indeed, but in this election, it would have been more odd of Pomerleau had supported Trump.

This endorsement from Sanders’ close pal shows once again the debt of gratitude owed by Clinton to her former opponent. Much to many’s disappointment, Sanders has stood by Clinton’s side, committed to getting the former Secretary of State elected.

This week, Sanders has traveled all over the country to spread his support for the nominee, hoping to inspire young voters – especially those who supported him – to forget about personality and focus on the issues.